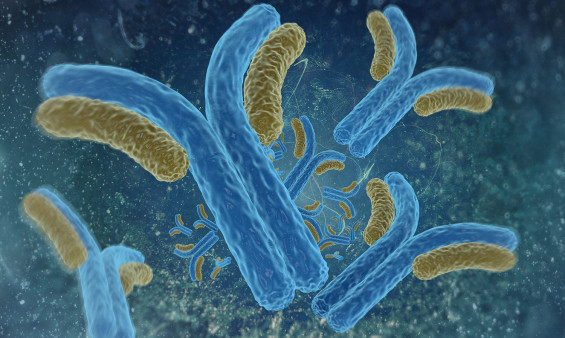 Trogarzo (ibalizumab) suppressed HIV for 48 weeks in people with highly resistant virus who received the drug through an expanded access program, reflecting the population that would use the treatment in the real world, according to a presentation at IDWeek 2019 in Washington, DC.

Trogarzo (formerly known as TMB-355), a long-acting monoclonal antibody administered once every two weeks, is the first antiretroviral that does not require daily dosing. Rather than attacking HIV directly, it attaches to the CD4 receptor on T cells and interferes with a protein shape change that allows viral entry. The company that developed Trogarzo, Theratechnologies, calls it a post-attachment HIV inhibitor.

The Food and Drug Administration approved Trogarzo in March 2018 for people who have limited treatment options because they have tried multiple prior therapies and have developed multidrug-resistant virus.

Approval of Trogarzo was based on results from the Phase III TMB-301 trial, which enrolled 40 heavily treatment-experienced people who were unable to achieve viral suppression using existing drugs.

Most were men, the median age was just over 50 and they had been HIV-positive for more than 20 years on average. They were resistant to at least three types of antiretroviral drugs, about a quarter had tried 10 or more and 15% were resistant to all approved antiretrovirals. However, they were required to have at least one fully active drug still available to construct an optimized background regimen; for many, this was the experimental HIV attachment inhibitor fostemsavir.

Participants started with a 2,000 milligram intravenous infusion of Trogarzo along with their current failing regimen—that is, the antibody was essentially working alone. By day 7, 60% had experienced at least a 1.0 log, or 10-fold, decrease in their viral load. A week later, they switched to an optimized background regimen as determined by resistance testing, which included the known active drug. After another week, they began receiving 800 mg infusions of Trogarzo every other week.

As reported at the 2017 Conference on Retroviruses and Opportunistic Infections (CROI) and at IDWeek 2017, 43% had a viral load below 50 at 24 weeks. At CROI 2019, researchers reported that among the participants who continued treatment in an expanded access program, viral suppression was maintained through week 48. The average CD4 cell increase was approximately 50 at week 24. People who started with less advanced immune suppression saw larger viral load drops and greater CD4 gains.

At this year’s IDWeek, Brinda Emu, MD, of Yale University, and colleagues reported findings from a larger group of 38 people enrolled in the expanded access study, known as TMB-311. Most (87%) were men, and the median age was 53. The median CD4 count was 26, and more than half had levels below 50, indicating advanced immune suppression. Again, they were resistant to antiretrovirals from at least three classes, but their virus remained fully sensitive to at least one drug.

These participants started on Trogarzo plus an optimized background regimen from the outset and did not initially take the antibody alone, unlike those in the previous trial. Here, too, they first received a 2,000 mg infusion followed by 800 mg doses every two weeks.

In this group, 57% experienced a viral load decrease of at least 1.0 log by day 7. Among the 24 participants who completed six months of treatment, 46% had viral loads below 50. The median CD4 count rose by about 30 at week 24.

Among the 17 people who continued treatment through 48 weeks, 47% maintained an undetectable viral load. However, this figure does not include seven people who withdrew from the expanded access program and started taking commercially available Trogarzo after its approval.

In both the Phase III trial and the expanded access cohort, Trogarzo was generally safe and well tolerated. The most common adverse events were diarrhea, headache, nausea, cough, skin rash and fatigue, mostly mild or moderate. No participants reported injection site reactions.