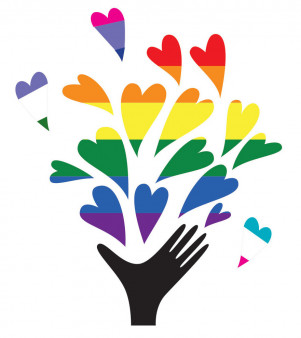 Exploring LGBT and HIV intersectionality is the theme of this special issue.

I told my family I was gay in 1996, which was four years after I tested HIV positive. Effective treatment for the virus also came out in 1996. Perhaps it was that glimmer of hope about HIV that gave me the strength to come out.

As we mark 50 years since the Stonewall uprising, we should acknowledge that much has improved for lesbian, gay, bisexual and transgender (LGBT) people since then. That said, we must also take seriously the many challenges that remain for LGBT people to achieve full equality in the United States.

From the disproportionate HIV rates among LGBT people, especially among young gay and bi men of color and trans women of color, to the violence and discrimination against LGBTs, our collective efforts are urgently needed to fight those who want us back in the closet.

I have high hopes for success in achieving the goal of equality for LGBT people, but there are no guarantees. Steady pressure is essential to secure a future in which sexual orientation and gender identity and expression are just colors in the rainbow of humanity, no more or less beautiful.

In that spirit, exploring LGBT and HIV intersectionality is the theme of this special issue. Our cover subject, renowned poet Danez Smith, has thought deeply about those intersections. Click here to read how their experience as a queer Black person living with HIV has moved them.

Danez’s poetry is personal, but by exploring their own experiences, the poems reflect realities many of us can recognize. Danez’s self-awareness serves as an example for the rest of us. We could all benefit from more self-awareness. Without it, we run the risk of hurting our physical and mental health.

Even those of us with more self-awareness than the average person—arguably, people such as HIV advocates—can have blind spots. Caught up in their advocacy, they may sometimes forget to administer self-care. Click here for more on the price of coping with the fight for change.

From gay to straight and transgender to cisgender, HIV advocates are a diverse group.  The virus, however, does have a greater impact on some people. Among them are trans folks. Dee Dee Chamblee knows this all too well. Click here to read about her advocacy for trans people, especially trans women of color.

The lives of LGBT people can be challenging, but they can also be joyous and everything in between. After all, LGBTs are human beings, first and foremost. Celebrating our humanity in real life often gets lost in the conversation about our equality, but fictional representations can often do the trick.

Case in point: Tales of the City. Originally serialized in a daily newspaper, the stories became books and TV series. The characters represent all sorts of people—HIV positive, LGBT and otherwise. The author, Armistead Maupin, has revisited the characters as they would be today in a new Netflix series. Click here for our Q&A with Armistead.

Our special issue on the Undetectable Equals Untransmittable message made an impression. Click here and here for more.