The new federal plan to combat HIV has the audacious goal of cutting the annual infection rate by 90 percent by 2030.

If by 2025, the United States dramatically increased the proportion of people with HIV who are on antiretroviral (ARV) treatment and virally suppressed and about doubled the number of people on Truvada (tenofovir disoproxil fumarate/emtricitabine) as pre-exposure prophylaxis (PrEP), the annual transmission rate could decline by about 67 percent by 2030.

The federal government’s new plan to fight the epidemic, designed by leaders in the Department of Health and Human Services and announced by Trump during his February State of the Union, calls for a 90 percent reduction in annual new HIV infections between 2020 and 2030. 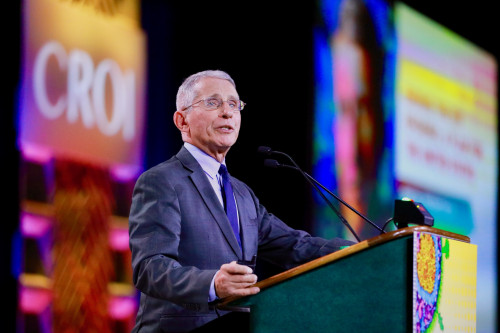 Anthony Fauci, head of the National Institute of Allergy & Infectious Diseases, speaking about the federal plan to combat HIV, which he has co-designed, at the Conference on Retroviruses and Opportunistic Infections In Seattle in MarchBenjamin Ryan 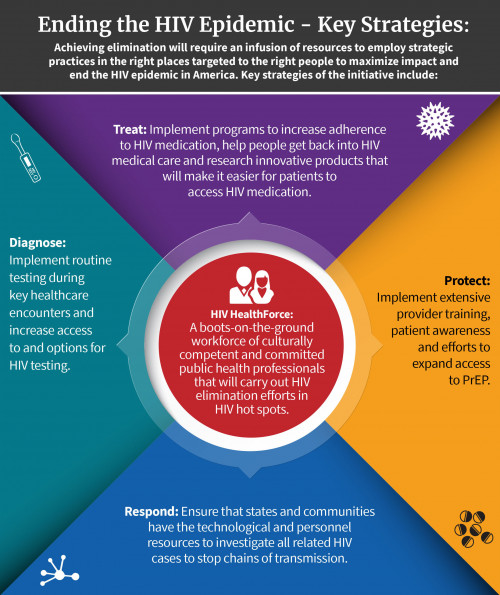 The cornerstones of the new federal plan to combat HIVCourtesy of HIV.gov

The study authors fed these data into mathematical models to estimate the epidemic’s trajectory after 2018, comparing how improvements in the rates of diagnosis, retention into medical care and successful treatment of HIV among U.S. residents living with the virus, as well as uptake of PrEP, would change the trajectory of the epidemic versus no changes in such rates.

The CDC recently estimated, based on 2016 data, that 51 percent of the HIV population is virally suppressed. Agency researchers also recently estimated that, following a modest approximately five-year decline, the annual HIV transmission rate leveled off at about 38,700 new cases per year between 2013 and 2016. 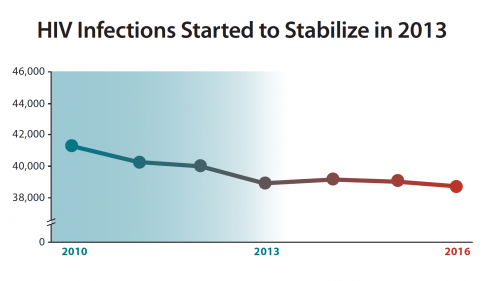 According to Gilead Sciences’ most recent estimate, 202,000 people are currently taking PrEP. Putting that figure into context, the CDC hasestimatedthat perhaps 1.1 million people are at significant risk for HIV and therefore stand to benefit from taking PrEP. More than 90 percent of PrEP users are men who have sex with men (MSM), and the CDC estimates that 814,000 MSM are good candidates for Truvada as prevention. About 70 percent of new HIV cases are among MSM. Note that not all those taking PrEP are necessarily at high risk for HIV per the CDC’s definitions, although considerable research has indicated that people who go on Truvada for prevention do indeed tend to fall into the high-risk category. 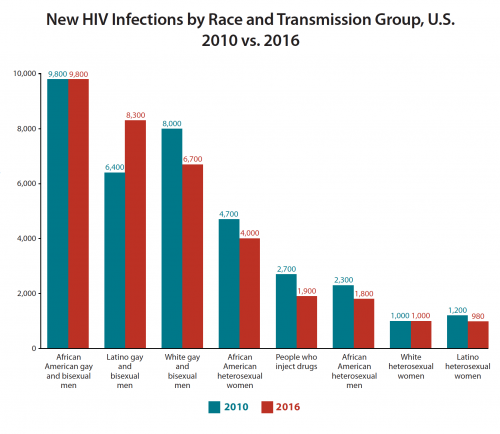 The modeling indicated that this combination of factors would drive down the annual HIV infection rate by an estimated 67 percent between 2018 and 2030, to 13,700 new cases during the latter year.

In such a scenario, the number of people living with the virus would start to contract in 2025, because at that point the death rate would exceed the new infection rate.

“Although the HIV incidence reduction goal of 90 percent as unveiled in the 2019 State of the Union address is likely unachievable with the current intervention tool kit, it is possible to begin to substantially reduce HIV prevalence in the next decade with sufficient investments and innovation,” the study authors concluded.

“It is important to set HIV prevention goals that are ambitious but realistic,” Heather Bradley, PhD, lead author of the study and assistant professor in the School of Public Health at Georgia State University in Atlanta, said in a press release. “We know that treating people living with HIV greatly improves health and also prevents transmission of HIV infection to others. However, treating enough people to meaningfully reduce new HIV infections will require us to confront issues like poverty, unstable housing and mental health conditions that keep people living with HIV from accessing care.”