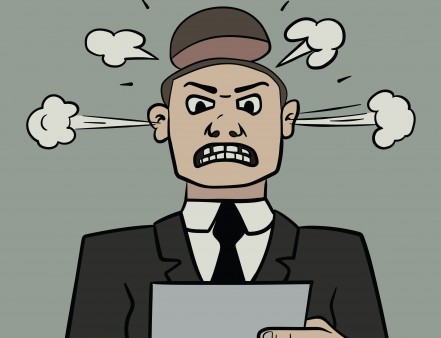 Answers from the Twitterverse.

For the past 29 years, December 1 has been observed as World AIDS Day, a time to reflect on our fight against the epidemic and on those lost to the virus. As is customary, the president of the United States, via The White House, issued a statement; this year’s is titled “President Donald J. Trump Proclaims December 1, 2017, as World AIDS Day.”

Both he and the first lady promoted the statement via their Twitter feeds:

“Today, on #WorldAIDSDay, we honor those who have lost their lives to AIDS, we celebrate the remarkable progress we have made in combatting this disease, and we reaffirm our ongoing commitment to end AIDS as a public health threat.” Potus pic.twitter.com/tvF53d3ixA

At first glance, this doesn’t seem to be the sort of sentiment to raise eyebrows, let alone blood pressure. But this is Trump. A closer reading of the proclamation, in fact, leaves much to be desired. As evidenced below, AIDS activists, organizations and allies took to Twitter with proclamations of their own.

Trump used the speech to boast about an AIDS program that he just cut by $800 million annually. https://t.co/FYrZp35Tsc #WorldAidsDay

Odd, @AIDSadvocacy. You do realize that Trump has threatened to slash global funding for HIV/AIDS treatment and research and defund PEPFAR? #WorldAIDSDay pic.twitter.com/DG2mnQb9df

In a year of extraordinary challenges, people living with HIV and allies are continuing the fight to decriminalize HIV and defend health care, a battle that remains as urgent as ever in Trump’s America. #WorldAIDSDay

#WhitmanWalkerVoice: We are glad the President has stated that his Administration “reaffirm[s] our ongoing commitment to end AIDS as a public health threat.” However, to realize that goal, the Administration should follow up these words with actions.

#WhitmanWalkerVoice: Second, the fight to eliminate the #HIV epidemic depends in large part on continuing – and expanding – access to high-quality, affordable health care for all. We are very concerned that reductions in #Medicaid, #Medicare, health insurance exchanges (1/2)

#WhitmanWalkerVoice: and other federal and joint federal-state supports for health care will set back our efforts. (2/2)

#WhitmanWalkerVoice: Third, although the President appropriately acknowledged the importance of protecting women in sub-Saharan African nations who are disproportionately affected by HIV/AIDS, his proclamation made no mention of those who bear the brunt of HIV in the U.S. (1/2)

#WhitmanWalkerVoice: being people of color, gay and bisexual men, and transgender women. The Administration should clearly and categorically commit to addressing the epidemics that continue to ravage those populations. (2/2)

The proclamation also did not mention that the Trump administration is proposing an $800M cut in HIV/AIDS programs, which would mean 26M more AIDS infections & 4M more preventable deaths worldwide in the next 15 years. #WorldAIDSDayhttps://t.co/hYWTMZxbot