The treatment reduced coronavirus levels and sped up recovery in a clinical trial.

This article was originally published on October 3, 2020.

Update 10/12/20: Regeneron and Eli Lilly and Company announced that they have requested emergency use authorization from the Food and Drug Administration for their monoclonal antibodies for treatment of COVID-19.

President Donald Trump, who was admitted to Walter Reed National Military Medical Center on October 2 with symptoms of COVID-19, has received an experimental antibody treatment from Regeneron that was shown to alleviate symptoms in an ongoing clinical trial.

Trump announced via Twitter in the early morning of same day that he and his wife, Melania, had tested positive for the new coronavirus, officially named SARS-CoV-2. It is not yet clear when or where he picked up the infection.

Various sources reported that Trump experienced mild to moderate COVID-19 symptoms including fever, fatigue, cough and shortness of breath. He was taken to the hospital by helicopter late Friday night as a precautionary measure to allow closer monitoring, the Washington Post reported. White House chief of staff Mark Meadows said Saturday that Trump’s symptoms were “very concerning,” according to the New York Times. At 74, Trump’s age and weight make him more susceptible to severe illness.

President Trump’s vital signs were “very concerning” over the last day and he is not out of danger, the White House chief of staff Mark Meadows said on Saturday, contradicting a statement by the president’s doctors on television just minutes before.https://t.co/HeFN0b19yK

According to a statement from the president’s physician, Sean Conley, DO, Trump was treated with Regeneron’s antibody cocktail. He later said the president also received Gilead Sciences’ antiviral drug remdesivir (Veklury). The antibody treatment is in late-stage clinical trials, and Trump obtained it on a compassionate use basis. Remdesivir has received an emergency use authorization from the Food and Drug Administration (FDA). Conley said Trump was also taking zinc, vitamin D and the antacid Pepcid (famotidine), over-the-counter remedies that are not confirmed as COVID-19 treatments.

Update October 4, 2020: On Sunday, Trump’s medical team announced that the president had started receiving treatment with the steroid dexamethasone, which is used to suppress excessive immune activation and is usually reserved for people with advanced COVID-19 who require supplemental oxygen.

Regeneron’s experimental antibody treatment—dubbed REGN-COV2—is being evaluated for both treatment and prevention of COVID-19.

The treatment is a combination of two manufactured monoclonal antibodies that target the SARS-CoV-2 spike protein. Researchers tested numerous antibodies collected from recovered COVID-19 patients and produced by mice with a humanized immune system, selecting two that showed particularly potent neutralizing activity against the coronavirus.

Regeneron announced just this week that the treatment “reduced viral load and the time to alleviate symptoms in non-hospitalized patients with COVID-19.” People who had not yet mounted an effective immune response prior to treatment saw the most improvement. These results from a combined Phase I/II/III trial, were described in a press release and have not yet been published in a medical journal.

This part of the trial included 275 participants with laboratory-confirmed COVID-19 who were being treated as outpatients. More than half were Latino, 13% were Black and two-thirds had one or more pre-existing risk factors, including 40% with obesity; the average age was 44. The participants were randomly assigned to receive one of two doses of REGN-COV2 (2.4 grams or 8 grams) or a placebo by IV infusion.

These antibody treatments differ from convalescent plasma, which is collected from recovered COVID-19 patients and can vary widely in terms of the number and type of antibodies it contains. Although it has received FDA emergency use authorization, convalescent plasma has not yet completed testing in randomized controlled trials. Coronavirus vaccines help the body produce its own antibodies by exposing the immune system to pieces of the virus, but this process takes longer.

National Institute of Allergy and Infections Disease director Antony Fauci, MD, has singled out monoclonal antibodies as a promising treatment approach. However, antibodies require a complex manufacturing process, are challenging to produce on a massive scale and are expensive, suggesting they likely will not be an option for the millions of people with COVID-19 worldwide. 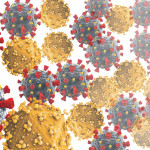 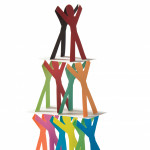 The HIV Movement Must Come Through