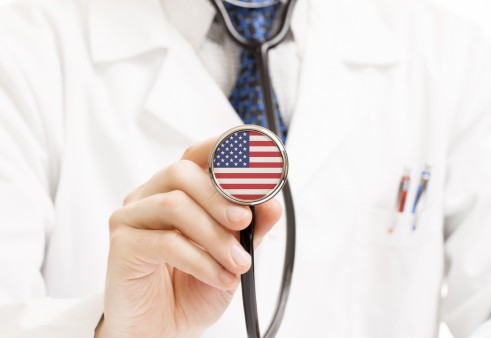 The budget proposal released Monday, February 12, by the Trump administration is long on talk of national safety, security and strength, but undermines funding and strategies to counter some of the most significant threats to our nation’s health, stability and well-being. The members of the HIV Medicine Association (HIVMA) call on Congress to reject the spirit and most of the particulars of the proposal.

After numerous attempts to repeal the Patient Protection and Affordable Care Act (ACA), and with enrollment levels for 2018 nearing those of 2017 in spite of cuts to enrollment assistance, the White House plan reiterates a pledge to repeal the ACA including the Medicaid expansion, again threatening to leave as many as 20 million people uninsured. Under the proposal, states would be given great authority and flexibility to develop programs with no guarantee that key protections will be maintained for people with HIV and millions of other Americans who need access to comprehensive, affordable health care.

At the same time, the White House plan continues to undermine the Medicaid program’s role in providing health care to low-income individuals and families by promoting work requirements as a condition of eligibility and looking to restrict access to medications through closed formularies. More than 40 percent of people with HIV in care count on the Medicaid program for their health care coverage. People with HIV need continuous access to treatment and care in order to maintain their health and lead productive lives, including the ability to work. Medicaid must provide access to all HIV treatments recommended by [the U.S. Department of Health and Human Services] HHS antiretroviral guidelines based on effectiveness and safety, rather than blindly restrict access based on cost. Treatment of HIV has been proven to be cost effective, and to limit treatment is short sighted for the public’s health as well as the public’s purse. That a public program like Medicaid would deny HIV care and treatment to someone who is unable to work illustrates a fundamental lack of appreciation that HIV is a public health crisis and that we must provide care to all persons with HIV to preserve their own health and to stop transmission of the virus. Creating barriers to care for people with HIV will cost lives as well as money, and will fuel the epidemic.

And while challenging access to routine health care, the proposal also threatens investments in building our capacity to address the needs of people with HIV. The plan proposes to eliminate the Ryan White HIV/AIDS Program’s Special Projects of National Significance program, which advances innovative service delivery models for challenges that include treating patients coinfected with HIV and hepatitis C and integrating medication for addiction treatment into HIV clinics. It would also eliminate funding for the AIDS Education and Training Centers, critical for building and maintaining HIV medical provider capacity at a time when we already lack a sufficient workforce to care for the increasing numbers of persons living with HIV.

While the proposal includes slight funding increases for sexually transmitted infections, viral hepatitis and tuberculosis prevention at the CDC, HIV prevention would be cut by $34.6 million and global health programs would be cut by $23 million. CDC’s overall discretionary funding would decrease by $878 million, putting many effective public health programs in jeopardy.

And while the largest generation of young people to ever walk the planet approaches their age of greatest risk for HIV worldwide, the proposal would set back the global AIDS response by cutting the Global Fund by $425 million and cutting funding for the U.S. President’s Emergency Plan for AIDS Relief (PEPFAR) and global TB programs from current levels. Just when we are closer than ever to bringing the HIV epidemic under control worldwide, our country cannot afford to sabotage progress by cutting funding for essential— and effective—programs.

With a proposed $40 million to support a new Centers for Disease Control and Prevention’s Elimination Initiative to launch intensive prevention, screening, treatment and referral efforts to jointly address diseases that include HIV, viral hepatitis, sexually transmitted infections (STIs), and TB, the proposal recognizes that transmissible diseases demand coordinated and comprehensive responses. It appears that the initiative would be funded at the expense of existing HIV prevention programs, which would be counterproductive to the effort. And with a proposed $10 billion in new funding in Fiscal Year 2019 for programs across the Department of Health and Human Services to respond to the opioid crisis, the plan acknowledges the need for an urgent escalation of responses that must include expanded access to substance use treatment and prevention.

Those recognitions make the regressive approach to public health evidenced throughout the proposal all the more outrageous.

The plan released by the White House on Monday is short-sighted, damaging, and would erode the fabric of programs that people with HIV and millions of other Americans count on for access to the care and services that prevent and treat infectious diseases. The members of the HIV Medicine Association urge Congress to reject these proposals.

The HIV Medicine Association (HIVMA) is an organization of medical professionals who practice HIV medicine. We represent the interests of HIV health care providers and researchers and their patients by promoting quality in HIV care and by advocating for policies that ensure a comprehensive and humane response to the AIDS pandemic informed by science and social justice.