June 2021 marks 40 years of the HIV/AIDS epidemic. For the occasion, Vice Studios filmed a two-hour documentary titled Vice Versa: The Neglected Pandemic, 40 Years of HIV & AIDS. The special premieres Wednesday, June 2, and is narrated by Queer Eye star and author Jonathan Van Ness, according to an exclusive in The Hollywood Reporter.

Van Ness, the grooming and self-care expert on the hit reality show Queer Eye, disclosed his HIV status to the world in September 2019 to much support with the publication of his memoir Over the Top, A Raw Journey to Self-Love. He was honored in 2019’s POZ 100, which celebrated transgender, gender-nonconforming and nonbinary advocates. (Van Ness is beloved for his flamboyant, gender-defying style.)

So it’s no surprise that Vice chose Van Ness for a documentary that explores life today for a diverse group of people living with HIV.

“It made so much sense to partner with Vice TV on this project, as they are built around a mission to tell courageous true stories you won’t see anywhere else told by authentic, first-person voices” Van Ness, who goes by he and they pronouns, told The Hollywood Reporter. “Living with HIV has changed my life and my outlook on the world. The HIV social safety net in the United States does not serve people equally, and being part of this mission to educate more people is something I’m honored to do.” 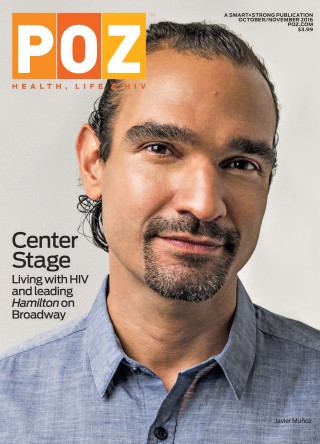 “Hamilton” star Javier Muñoz will appear in the Vice TV special on HIV.

The documentary features Anthony Fauci, MD, the director of the National Institute of Allergy and Infectious Diseases who oversaw much HIV research throughout the epidemic (and who is world-famous of late for his expertise on the COVID-19 pandemic).

Hamilton star Javier Muñoz, who appeared on the cover of POZ in 2016, also participates in the documentary.

For a look behind the scenes of Vice Versa: The Neglected Pandemic, 40 Years of HIV & AIDS, watch the panel discussion Case Study by media company C21 Media, which interviewed Vice executives about the show.

In related news, Pose and Broadway star Billy Porter made international headlines last week when he disclosed his HIV status. To read that story—and watch the accompanying video—click “Billy Porter Says He’s Been Living With HIV Since 20017 [VIDEO].”

And to mark 40 years of the HIV epidemic, blogger and POZ contributor Mark S. King penned the essay “A Complete History of HIV/AIDS Will Depend on You: Preserving the Stories From 40 Years of the Epidemic.”