No one with a fully suppressed viral load infected his or her long-term HIV-negative partner with HIV during a 10-year study examining how antiretrovirals (ARVs) reduce the risk of transmission among heterosexuals.

In 2011, interim results from the HPTN 052 study revolutionized the global approach to HIV prevention by estimating that ARVs reduced by 96 percent the risk of transmitting the virus to an HIV-negative primary partner among heterosexuals.

The study, which ended in 2015, included an average of 5.6 years of participation from 1,763 straight couples in sub-Saharan Africa, Thailand, India, Brazil and the United States. The HIV-positive partners had CD4 counts between 350 and 500 upon entering the study and were randomly assigned to start ARVs immediately or wait until their CD4s hit 250 or below, or they developed AIDS-defining illnesses. After the 2011 analysis, all participants were offered treatment.
The entire study saw 46 genetically confirmed transmissions within the couples—3 in the early-treatment group and 43 in the delayed-treatment cohort.

“We saw HIV transmission in the first weeks after ART was started and when ART failed, so some time on treatment and good management of ART are required.”

Cohen and his study co-authors have concluded that transmitting HIV with an undetectable viral load is very unlikely. 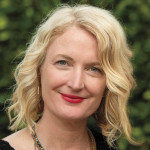