Artists, doctors, sex workers, historians—all have something valuable to say about HIV in our latest roundup of books.

The concept behind the Duets series of books by Visual AIDS is simple: Get two established artists together and record them as they either discuss their own work and how HIV impacted them or they talk about the influence of a lesser-known artist now lost to AIDS; then print the conversations, along with images of the art. The results are fun and breezy yet very insightful. The two newest installments are no exception.

Jerome Caja wasn’t famous when he died of AIDS-related illness in 1995 at age 37. But this gender-bending multitalented “skag-drag” performer and artist continues to influence new generations. Artist Nayland Blake and transgender singer Justin Vivian Bond, both friends of Caja’s, recall his outrageous life-as-art as well as the San Francisco art and club scene of the 1980s and 1990s. Caja, who had a master’s in fine art with a specialty in ceramics, used nail polish, lipstick and eyeliner to create his minuscule masterpieces, which were painted on tip trays, bottle caps, shells and found objects. In self-portraits, Caja often portrayed himself as Venus, and his work explored (and disrupted) notions of gender, HIV, sex and religion. Blake and Bond are superb guides to Caja’s world—a time and space ravaged by AIDS and now, thankfully, being properly archived. 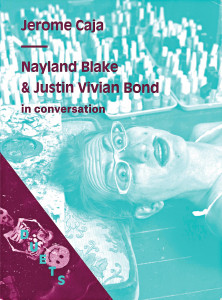 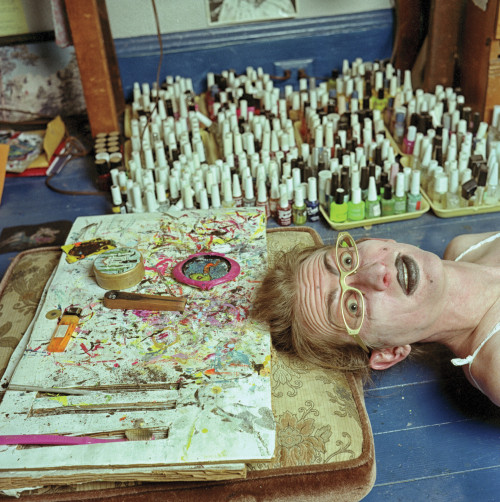 Kia LaBeija and Julie Tolentino are both dancers and artists whose work is deeply informed by HIV, race and gender. When LaBeija was born with HIV in 1990, Tolentino was already immersed in the AIDS activism and art scene of New York City—she was featured in art collective Gran Fury’s 1989 campaign for ACT UP titled “Kissing Doesn’t Kill,” which pictured smooching couples of varying races and sexual orientations. She founded Clit Club in 1990 and appears in Madonna’s Sex book. Meanwhile, LaBeija became active in the house and ball scene and reigns as Overall Mother of the House of LaBeija. She’s a voguer, photographer and activist. Both women use their bodies in their art, and both are equally adept at using words to convey their messages through this fascinating dialogue. 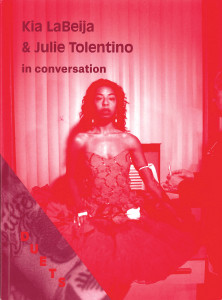 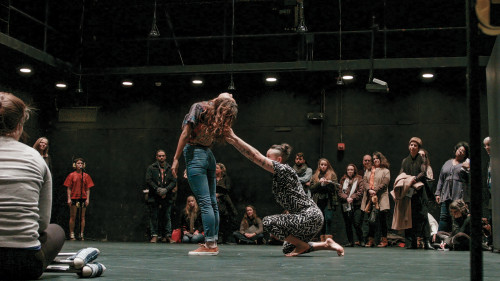 Solomon Agbor was raised in Cameroon, Africa, where he lost a beloved cousin to AIDS before earning a doctorate in public health in the United States. He then tackled the disease throughout Africa and the Caribbean for PEPFAR. Agbor’s fascinating memoir, The Epidemic of Our Time, is rich in cultural insight and respect for the people he serves.

When Tom Weise immigrated to the states from Germany in the ’90s, he knew he was HIV positive, which meant he couldn’t become a legal resident. As Weise recounts in his brutally honest Living Off the Edge, he turned to sex work and launched Rentboy.com, “the first internet portal for male prostitutes.” He also devoted himself to helping children with HIV and undocumented asylum seekers. Before long, his Rentboy world collided with his charitable work. He also dealt with crystal meth, lipodystrophy, hepatitis C but also gay marriage, love, world travel and reinvention. 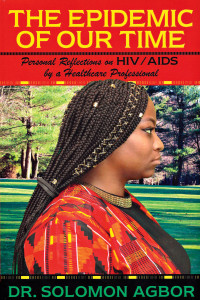 “The Epidemic of our Time”Dog Ear Publishing 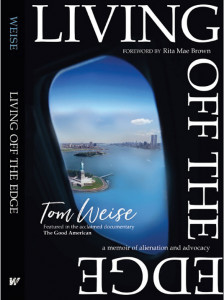 “Living Off the Edge”Wyatt-MacKenzie Publishing

When Adrain Chesser tested positive for HIV nearly 14 years ago, he felt an almost physical reaction whenever he thought of telling his friends and family. To transform the disclosure process into a statement of love and hope, he photographed people as he told them his status. The resulting photographs became the series I have something to tell you and—along with more recent self-portraits—are now collected in a book of the same title by Minor Matters. Interestingly, instead of flipping through pages, the reader/viewer must unfold larger sheets of paper to view the photos, further engaging with the work and the artist.

Illness acts as a muse and a source of human narrative for physician-poet Rafael Campo, who treats HIV-positive patients at Harvard, where he also teaches. In his latest offering, titled Comfort Measures Only, the “gay man of Cuban origin” graces us with poems from his previous collections (including Diva and What the Body Told) plus 30 new works. 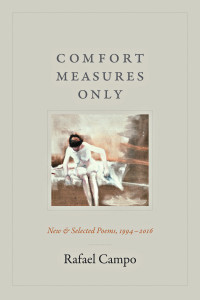 In his survey of 50 years of LGBT history, which includes a few detours into HIV/AIDS, Martin Duberman poses the provocative question Has The Gay Movement Failed? In the quest to attain rights to marriage and military service, has the movement become too conservative, overlooking the intersection of social justice issues like racism and prison reform? Similarly, although gay groups rallied to fight AIDS during the early epidemic, now that effective treatment exists, where do broader issues such as health care access and sexual health fit into the LGBT movement? 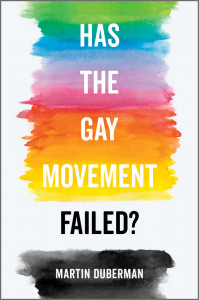 “Has the Gay Movement Failed?”University of California Press