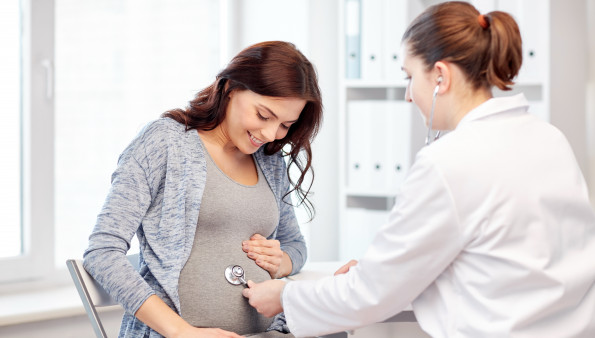 Universal HCV testing led to an increase in the number of pregnant women and infants diagnosed in a timely manner.

Universal hepatitis C virus (HCV) screening for all pregnant women led to a 7.5-fold increase in the number of treatable cases detected, according to research presented at the Conference on Retroviruses and Opportunistic Infections (CROI 2022).

Hepatitis C is rising among pregnant women and among people of childbearing age in the United States in conjunction with the ongoing opioid epidemic. Sharing needles and other drug-injection equipment is a major route of HCV transmission, and pregnant people can transmit the virus to their infants during gestation or delivery.

Catherine Chappell, MD, of the University of Pittsburgh, and colleagues compared risk-based versus universal HCV screening among pregnant people receiving care in Western Pennsylvania. Universal screening was implemented in June 2020, with an alert in electronic medical records reminding providers to order HCV antibody screening as part of the panel of tests during pregnancy. A positive HCV antibody test was followed by reflex testing (performing an immediate HCV RNA test after a positive antibody test using the same blood sample) to detect active HCV infection.

Diagnosing hepatitis during pregnancy can link pregnant people to care and prompts  health care providers to test infants for HCV. Detecting the virus early enables timely treatment with direct-acting antivirals, which leads to a cure in more than 90% of cases and can prevent progression to cirrhosis and liver cancer.

Traditionally, HCV testing during pregnancy was recommended for those with known risk factors, but the American Association for the Study of Liver Diseases, the Centers for Disease Control and Prevention and the American College of Obstetrics and Gynecology now recommend universal screening as part of routine prenatal care during each pregnancy.

Universal hepatitis B testing is already done during pregnancy, and adding one more test for hepatitis C is easy, Chappell said during a CROI press briefing. Some pregnant women don’t disclose injection drug use, so risk-based screening can miss cases. But some doctors have been slow to adopt universal HCV screening, in part due to a lack of hepatitis C treatment for pregnant people.

The researchers compared outcomes among 12,142 pregnant women who received prenatal care during 2019, before universal screening was recommended, and 12,588 people who underwent universal screening from July 2020 through June 2021; data from January to June 2020 were excluded because of health care disruptions due to COVID-19. The two groups were similar: More than 70% were white, about 18% were Black and 2% were Latino; nearly half were covered by Medicaid or Medicare.

After universal screening was implemented, antibody testing among women entering obstetric care rose from 23% to 81%. The prevalence of HCV antibodies was higher using universal versus risk-based screening, at 1.9% versus 1.2%, respectively.

The rate of confirmatory HCV RNA testing also increased, from 22% to 95%. Greater use of reflex testing led to an increase in detection of active HCV infection, from 11 people (0.091% of the obstetric population) during the risk-based screening era to 85 people (0.68%) with universal screening.

What’s more, given the HCV perinatal transmission rate of 5.8%, the researchers estimated that an additional four infants with HCV were identified over 12 months with universal screening compared with risk-based screening (five versus one infants).

Direct-acting antiviral therapy for hepatitis C is not specifically approved for pregnant people, but treatment guidelines state that they may be treated after a discussion of the risks and benefits. Harvoni (sofosbuvir/ledipasvir) has been shown to be safe and effective for pregnant women. In many cases, people who test positive for HCV during pregnancy may be advised to undergo treatment after delivery and completion of breastfeeding. Direct-acting antivirals are approved for children as young as 3 years old.

“Risk-based HCV screening is insensitive for HCV detection within the general obstetric population,” the researchers concluded. “Our findings strongly support universal HCV screening of pregnant people not only to ensure that the pregnant person is linked to treatment but also to ensure detection of all cases of perinatal HCV transmission.”

“When we miss the mom, we miss the chance of even knowing an infant was exposed,” Chappell said. “Infants may develop liver symptoms or may get tested later in life—for example, when donating blood—and they didn’t know they had this chronic viral infection all along.”