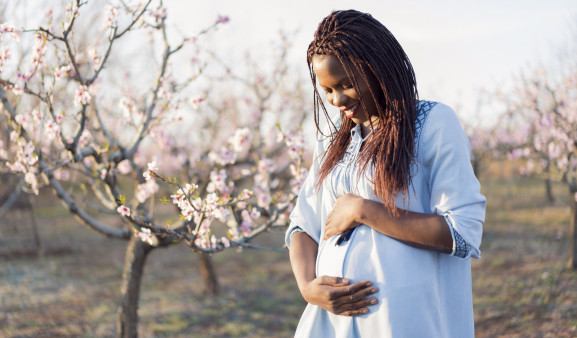 Rapid HIV/syphilis tests enable folks to start treatment or PrEP. They’re crucial for pregnant people, and they’re cheaper than ever.

The World Health Organization (WHO) bolstered its recommendations and support regarding the use of rapid HIV tests and dual HIV/syphilis rapid tests.

For the past two years, the WHO has recommended a dual HIV/syphilis rapid test for pregnant people as a way to prevent transmission of the infections to children. But thanks to a new partnership between the Clinton Health Access Foundation, MedAccess and SD Biosensor, the dual tests are now available for less than $1, the lowest price ever.

According to the WHO, about 1.3 million people living with HIV become pregnant each year. With proper HIV treatment, they’re able to give birth to HIV-negative babies. But they need to know their HIV status in order to start necessary treatment.

As for syphilis, slightly under 1 million pregnant people each year are living with syphilis, which can affect the children but is curable if diagnosed.

“The announcement of the new pricing [for the dual HIV/syphilis test] is exciting,” Meg Doherty, director of the WHO’s global HIV, hepatitis and sexually transmitted infection programs, said in a WHO press release. “It will help more countries adopt dual HIV/syphilis testing and accelerate progress toward EMTCT [elimination of mother-to-child transmission] for both HIV and syphilis and deliver services for key populations, where both infections are common.”

The WHO estimates that last year, nations used nearly 5 million dual HIV/syphilis rapid tests, with that number expected to increase. However, only about 23% of all countries report that the dual rapid tests are part of a national policy.

In a related move, the WHO released an HIV testing tool kit to help countries adapt a standardized HIV testing strategy as an element of a plan to end the HIV epidemic. Notably, the WHO encourages people to use rapid HIV tests, as opposed to older technologies, such as the Western blot test, which may require waiting days or weeks for results.

Rapid HIV tests are especially useful, according to the WHO, because they enable people to start treatment right away if they test HIV positive. Similarly, if people test negative but are at risk of acquiring HIV, they can start taking pre-exposure prophylaxis (PrEP), to stay negative.

Getting tested for HIV in the United States is easy. To learn more about the types of tests, where to get tested and who might be at risk for HIV, visit the POZ Basics on HIV Testing. Why get tested? As the Basics section explains: