“For persons [living with HIV] who achieve and maintain viral suppression, there is effectively no risk of transmitting HIV to their HIV-negative sexual partner. This translates to an effectiveness estimate of 100%.”

That’s how the Centers for Disease Control and Prevention (CDC), the federal agency tasked with overseeing our nation’s health, now describes the effectiveness of what’s increasingly known as U=U, or undetectable equals untransmittable. Last week, the CDC updated its web page on strategies to reduce HIV risk (the data also cover pre-exposure prophylaxis, or PrEP; male condoms; and circumcision).

The U=U movement was launched three years ago by the Prevention Access Campaign (PAC) in an effort to fight stigma and inform the world about the fact of U=U: that people with HIV who maintain an undetectable viral load cannot transmit the virus to others. In light of the CDC update, POZ emailed Murray Penner, PAC’s executive director of North America, for his thoughts. Penner replied from the 10th International AIDS Society Conference on HIV Science (IAS 2019) in Mexico City, which he attended. 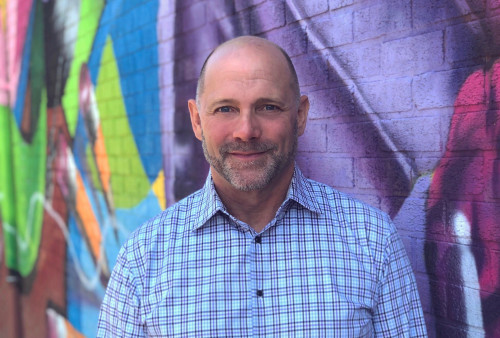 First off, can you tell us about PAC’s behind-the-scenes work with the CDC regarding their data on HIV risk?

In September 2016, Prevention Access Campaign began working with HHS [the Department of Health and Human Services], including the CDC, on updating their assessment of transmission risk. A year later, we were successful in working together with our federal partners to change the messaging to “effectively no risk.” We’ve continued to encourage the various HHS agencies to update their messaging about risk in all communications, including the HHS treatment guidelines, the MMWR [Morbidity and Mortality Weekly Report, the CDC’s weekly digest], many pages of the CDC website and the CDC risk calculator. We have not worked on any updates to the language about transmission risk for PrEP or condom use.

Why was it important that the CDC update its HIV risk data?

People around the world look to the CDC for accurate assessments about HIV transmission risk. It’s important that the CDC’s messaging be clear, easy to understand and accurate. You can’t get better than 100% effective.

Are you happy with the updates regarding transmission risk while undetectable—and are there other elements you’d like to see changed?

Yes, we’re very happy with 100% effective! Since the effectiveness estimates have been updated, we’d also like to see the word effectively dropped from the messaging about risk. We’ve been hearing that some folks don’t know that effectively means “actually” or “in effect” and aren’t aware that the CDC agrees…with U=U. Grantees, the public and other organizations look to CDC for suggested language about U=U, so it’s important that the CDC provide easy-to-understand examples of phrases they can use.

We’d also like to see the CDC strongly encourage their grantees to use U=U language in their publications and programming to further disseminate this important information to combat the public health crisis of HIV stigma, improve the lives of people with HIV and prevent new transmissions. The global medical and scientific community has confirmed that U=U is true, and now it’s urgent that it be shared with people with HIV and the public. Folks are still nervous about telling people with HIV that we can’t transmit HIV, so they really need strong encouragement and clear guidance.

He also said: If we can get people [living with HIV] to undetectable, “not only do we save the life of that person, we make it in fact impossible for that person to transmit.”

These are examples of the clear language that we would like to see the CDC and any HIV information provider use moving forward.

For related POZ news, see “Here’s How Much the U=U Movement Has Grown in Three Years” and “How Well Do U=U and PrEP Work? The CDC Updates Its Answers.” And for updates from the IAS 2019 conference, click here.