As the fastest-growing online community for HIV-positive dating, POZ Personals boasts more than 73,000 members—and many success stories. To celebrate Valentine’s Day, we’d like to share the stories of two couples who found their sweethearts on POZ Personals.

The two HIV-positive New Yorkers met on POZ Personals in 2007 and have been inseparable ever since. Darryl, 42, was diagnosed with HIV in 2005. Monica, 38, was diagnosed in 1992. They got married in October 2008. Monica gave birth two months later to their HIV-negative baby girl, Janiya, which is Hebrew for “God’s grace.”

POZ: Tell us how you first got together.

Darryl: She sent me a flirt and we spoke online for a second—just a second—and exchanged phone numbers on May 31, 2007. I kept all of the old e-mails that we sent to each other, printed them out and put them in a baby book so Janiya will know how we met.

We made arrangements to meet on June 2. We met and went to a nail salon; she was getting her nails done. We sat there smelling in the fumes and got to know each other. We actually just clicked, and then we went on a date later on that night. We’ve been together ever since. We’ve both been an inspiration toward each other as far as trying to live healthier—especially with our adherence. We’re just grateful that we ran into each other.

Monica: On our first date at the salon, we didn’t get all dressed up. He didn’t shave. I had on my old dress and glasses. But later on that night, I turned some heads and he did too. It’s been beautiful ever since. He’s a very positive role model in my life and to my kids. He keeps me strong. He came back from being real, real sick, and they said he was not going to make it. And look at him now. He keeps me going.

What were you expecting when you first joined POZ Personals?

Darryl: I was hoping to find someone I was compatible with as far as dealing with the virus. Someone who was living with it and not just existing. Because I would run into a whole lot of people who were just existing. They didn’t wish to do anything any longer with their lives. So I found out that this young lady was working, doing what she had to do and not letting her virus hinder her. And at the same time I was still in school when we met and on the verge of graduating, so it was like a real good inspiration for me. That’s what I was hoping to find. I was actually kind of shocked to find it.

Another great thing that I experienced by being with POZ Personals [was that] I made a lot of friends that I still speak with to this day.

Monica: I was on Black Planet [an online community for African Americans], but I couldn’t actually come out with my status and it felt kind of funny, because once you meet someone you have to hide your meds and that’s not good. Once I hit POZ Personals, I met a couple of people before [Darryl]. He was the first one I met face-to-face. I had friends I was talking to back and forth, and it felt good. I had friends in England and all that. But to be with someone like him was beautiful. I can just let my hair down and be me.
What are your hopes and advice for the future?

Darryl: To live long and watch the youngest—because, combined, we have five children—to watch them all grow up and prosper. Get old and sit on the porch somewhere in the South, sharing adventures.

Monica: I see us continuing to be strong, raise our children—especially this little precious one we have now—and just grow old, sit by our house, sit back and watch the grandkids. And tell them, “Hey, this is how we met. Look, things do happen…dreams do come true, not only at Disney World.”


A chance encounter on POZ Personals united this British-Indian HIV-positive couple in 2006. Kevin and Ram, ages 50 and 24 respectively, hardly expected to meet someone from halfway around the world. Kevin was diagnosed with HIV in 1996, while Ram was diagnosed 10 years later, just months before the two began dating. The couple celebrated their civil union in the United Kingdom last year—on Kevin’s birthday—and have since settled down on a farm in the English countryside.

POZ: How did you meet on POZ Personals?
Ram: Kevin sent me a flirt, and then I sent him a message because there was no picture of him on the website at that time. He sent me an e-mail back; we started to talk via e-mail and then found our way to MSN and other chat sources.

Kevin: We never stopped talking, and that was November 16, 2006. On December 8, I flew over to India to meet Ram for the first time. I took my best friend with me; she’s like my sister. In the space of the two weeks we were together, something happened between us—we realized we liked each other very much.

Throughout 2007, I visited Ram seven times in India and our love grew. In October 2007, Ram applied for a visitor visa to visit me in the U.K., but unfortunately the U.K. immigration authority, because we didn’t state that we were in a gay relationship, they didn’t believe us. We began the battle of convincing them that our relationship was genuine and that we were in a loving, caring and supportive relationship. For the second time he applied, they issued him a visitor visa, he came over for five months, we then went back to India, and we reapplied again for Ram to come for another visit.

About that time, 18 months into our relationship, we decided we could see a future together. We entered into a civil partnership on my 50th birthday last year. Ram applied for a settlement visa in the U.K., which took three months to come through, in which case he had to reveal his HIV status to the authorities. We were unsure how that would be received, but it was received favorably, and we returned to the U.K. December 26, 2008. Ram is now settled as my civil partner here in the U.K. and is starting a job next month.
How did being from different countries influence your relationship?

Kevin: Ram is quite unique in the sense that he’s openly gay and when he got diagnosed with HIV on his first sexual experience, he shared that with his family as well—which nobody we know of does in India. It’s a very underground, hidden thing; people deny it, and obviously a lot of HIV is between men having sex with men who then go home to their wives. Very few Indian men identify as gay; Ram is one of the rare people who do.

Ram: Many of my friends and Kevin’s friends were wondering if it’s going to work out, with the age difference and especially me being from a different country. It was strange for all of them, but now they are fine with it because they’ve started to believe that living in different countries, having different backgrounds and being different ages doesn’t matter when you have something in common and love that person.

Has your age difference ever complicated things?

Kevin: Initially when I saw Ram I guess if I’m honest I thought maybe I could befriend him and give him advice.  He had been newly diagnosed; he was going through a very difficult time; and he was having very negative thoughts of what the future would hold for him. In India, there’s no assistance for positive people, there is nobody to turn to. I thought I could help him. It very quickly became clear to us that there was more than that between us and if anybody had a problem with the age difference it was me. But two and a half years down the line, it doesn’t enter my mind now.

Ram is one of the most open, honest, mature people I have ever encountered in my life. I love him dearly, as he loves me. He taught me a lot about being open, being honest and being true to one’s feelings. I didn’t think I would be the person I am now over two years ago when I met him. There is no problem with our age difference. We live in a very small rural community, and we have been openly accepted as a couple.

What advice do you have for people who haven’t met someone special yet?
Kevin: I, for one, never thought I would first meet anybody that I could fall in love with and who could fall in love with me. Secondly, I didn’t think I’d meet somebody from the other side of the world, half my age. But, you know, you can’t plan who you’re going to fall in love with. Ram and I are in a very strong relationship; we’re in a monogamous relationship with each other; we love each other dearly. We can say to other people who might find themselves lonely and isolated: If you’re open to it, there is somebody out there for you.

Do you have your own POZ Personals success story? Send an e-mail with “POZ Personals” in the subject line to news@poz.com and tell us about it.Not yet a POZ Personals member? Now is the perfect time to create your profile and find that special someone. Click here to get started! 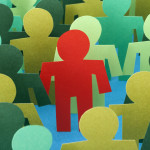 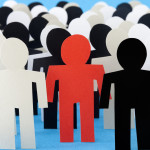 Real Stories of HIV Stigma and Its (Often Surprising) Outcomes 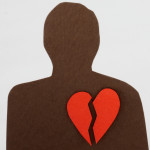 How HIV Stigma Ruined Much More Than a Dream Date