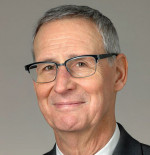 Dieffenbach is responsible for managing DAIDS programs, which include basic laboratory research and clinical trials to develop therapies to treat HIV and related infections and diseases, as well as to develop vaccines, microbicides and other HIV prevention strategies. He has restructured the DAIDS-supported clinical trials research network and has fostered collaboration across agencies and sectors.

Dieffenbach became DAIDS director in 2008. Previously, he was director of the DAIDS Basic Sciences Program since 1996. He joined DAIDS in 1992 as chief of the preclinical therapeutics group.

Tell us about the role of DAIDS and its scientific programs.

Think about the unanswered questions about HIV today. What does it take to get a safe, effective and durable HIV vaccine? What does it take to cure HIV infection? What is it we don’t understand about why there is residual immune activation after effective HIV therapy? Those are the types of primary questions that DAIDS is supporting research to address domestically and internationally.

The Basic Sciences Program is somewhat self-explanatory. What does HIV do, and how does it do it? How does the virus hijack the human immune system? What is happening with HIV at the atomic, macromolecular, cellular and tissue level, as well as the population level? We’re looking at what is happening at a mechanistic level as HIV interacts with the body.

The vaccine and prevention programs evaluate the same populations, but they differ in the types of clinical trials that get done. In the vaccine work, you’re doing a lot of immunology. In the prevention work, you’re looking at infection.

Where possible, the two groups collaborate. Where they work together beautifully is on the evaluation of broadly neutralizing monoclonal antibodies. What we’re doing collectively as a field is producing these antibodies in a way that they can be used as medications, which is challenging.

What are the remaining questions to be answered for a cure and, in the meantime, for improved treatments?

Let’s look at where we are now. The HIV replication cycle was delineated in the 1980s and ’90s. That led us to the key enzymes—reverse transcriptase, protease and integrase—and to the entry process, which uses CD4 and CCR5 receptors [to allow HIV to enter a cell].

Those are the targets for current HIV drugs, which are highly effective. Here’s the last big related unanswered question: How do we deal with a provirus [a virus that is integrated into a host cell’s DNA]?

Why can we cure hepatitis C virus (HCV) today? The primary reason is that HCV does not integrate into the host genome ever. The hep C drugs are effective in stopping replication. The difference with HIV is that essentially it becomes a gene in the human genome.

As for treatment, it’s so much safer and easier than it was two decades ago. We’ve gone from a high pill burden to one pill a day. Now it’s a matter of improving adherence. Can we evolve therapy so there are long-acting formulations? Can we have combinations of drugs and monoclonal antibodies that continue to improve safety?

Watch this NIAID video for more info on approaches to an HIV cure:

In addition to keeping people healthy, an undetectable viral load means having effectively no risk of transmitting the virus. Since 2016 the “Undetectable = Untransmittable” campaign, or U=U, has promoted this message. Why were you an early supporter of U=U?

The concept of treatment as prevention has been around for a long time. However, over the first decade of this century there were studies that made an even stronger case. The HPTN 052 study sought to demonstrate the extent to which full virologic suppression could prevent HIV transmission.

While there were transmissions in the 052 study, we were able to demonstrate that the HIV-positive partner who transmitted the virus in every case had a detectable viral load. This was the first strong evidence that durable suppression to the point of having an undetectable viral load could prevent infections.

As more data over the years came out, it became clear that being undetectable meant the risk of transmission was negligible to a point where it was not worth worrying about. Bruce Richman, founder of Prevention Access Campaign, which promotes the U=U message, understood the importance of these data.

He believed that people could help fight HIV stigma with this information. They could live without this cloud over them that they’re putting people at risk for falling in love. To me, U=U is a strong way of helping the community to come together. It also helps us move down the road toward a point of equality for people who are HIV positive.

There are people who continue to say that statistically there still could be some transmissions, but even these individuals acknowledge that the fact is that we have observed no transmissions from those who are undetectable.

It’s interesting to hear you, a scientist, discuss the social impact of data.

A strength of NIH is the National Institute of Mental Health (NIMH), which is highly engaged in the behavioral and social science side of HIV. To enhance our effectiveness, NIAID and NIMH have co-located our two AIDS divisions within the same space.

My next door neighbor at work is the director of the NIMH Division of AIDS. We’ve put together the best biomedical research with the best behavioral and social science research so that we can attack these problems together.

As a result, I feel comfortable talking about the social impacts of HIV because we approach this internally as an integrated strategy to help improve our approach to adherence, for example. That’s where the belief in supporting long-acting formulations comes from.

Long-acting formulations don’t solve the adherence problem, but they do change the problem into a more manageable one. That, I think, is something people need to acknowledge.

Where are we with vaccine research?

When we started with this research, we had a series of vaccines with no efficacy and even a vaccine that actually caused harm. Then the RV144 trial, which was 31 percent efficacious, made us all ask if we could get to 50 percent.

That rate in statistical modeling has the potential for profound impact on the epidemic when combined with things like adult medical male circumcision, plus treatment as prevention and rollout of pre-exposure prophylaxis.

The result is that we now have, for the first time in the history of HIV vaccine research, two test-of-concept trials going on in sub-Saharan Africa. One is a trial called HVTN 702, which is a modified version of the RV144 trial that showed such promise. The other is called the Imbokodo trial.

We’ll see if either of them hit the 50 to 70 percent efficacy that we’re seeking. If we got a vaccine that had at least 50 percent efficacy, we could then build a better mousetrap, so to speak. To me, this is an exciting time.