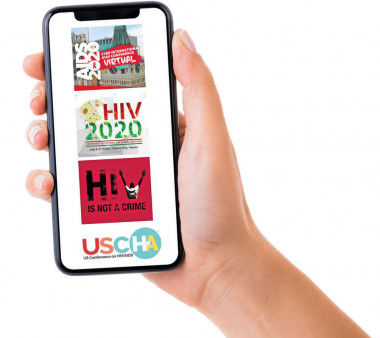 An update on major HIV conferences

The HIV community knows about resilience. So when the COVID-19 pandemic put a sudden end to most large gatherings, the organizers (and attendees) of major HIV/AIDS conferences were quick to meet the ensuing challenges. In March, two longstanding annual events became the first to pivot to virtual formats. Both the Conference on Retroviruses and Opportunistic Infections (CROI), an annual science confab, and AIDSWatch 2020, when HIV advocates lobby their Congress members on Capitol Hill, successfully switched to digital formats. As seasoned AIDSWatch participant Wanda Brendle-Moss later observed, people with mobility issues can easily attend cyber events, and they’re much cheaper—sometimes even free! Log on for these upcoming events:

The International AIDS Conference (AIDS 2020): San Francisco and nearby Oakland were set to host the July iteration of this blockbuster event (it takes place every other year in different cities across the globe). The conference will now take place virtually July 6 to 10 (available for a tiered fee), with a free daylong meeting about COVID-19 on the last day.

HIV2020: Originally planned for Mexico City, this global conference is billed as a counterpoint to AIDS 2020 that highlights overlooked communities. It will now take place online, with free virtual sessions running June through October.

HIV is Not a Crime IV: Originally slated for early June, the national training academy focuses on modernizing HIV crime laws at the state level. It has been postponed a year and will take place May 22 to 25, 2021, at Ohio State University in Columbus.

The United States Conference on HIV/AIDS (USCHA): Spearheaded by NMAC, this is the nation’s largest annual HIV gathering. This year’s meeting was scheduled for October in Puerto Rico, but as the group’s executive director, Paul Kawata, put it, “NMAC has decided to hit ‘pause’ on the conference. USCHA will happen. It’s just not clear if it will be in 2020 or 2021. However, we are still working and fighting to end the HIV epidemic in America.”