A steadily increasing proportion of people living with HIV in the United States have a fully suppressed virus, news that raises hopes for the overall direction of the epidemic. Researchers used 2009 to 2013 data from the Medical Monitoring Project, covering 23,125 HIV-positive people, to estimate the proportion of those receiving HIV medical care who had a fully suppressed virus. Heather Bradley, PhD, an epidemiologist at the Centers for Disease Control and Prevention (CDC), presented findings from the study at the 2016 Conference on Retroviruses and Opportunistic Infections (CROI) in Boston.

Between 2009 and 2013, the proportion of those who had a fully suppressed virus at their last viral load test steadily increased, from 72 percent to 80 percent. The largest increases were among 18- to 29-year-olds, whose viral suppression rate increased from 56 percent to 68 percent, as well as 30- to 39-year-olds (62 percent to 75 percent) and blacks (64 percent to 76 percent).

The prevailing wisdom in the HIV field is that only about 30 percent of Americans living with HIV have a fully suppressed virus. (Note that if the CDC report had examined viral suppression rates among all people living with HIV, and not just those in care, the percentages of those achieving this result would be lower.) However, this estimate was made in 2011 and researchers have suggested that even that far back it was an underestimate. Thanks to improving surveillance of CD4 and viral load test results throughout the country—the collecting of such data varies by state—the CDC has an improved capacity to make such estimates, and an official revision for the estimate of the national viral suppression rate may come within the year. 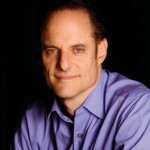 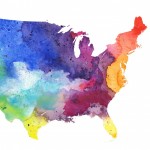 Ramping Up Treatment Rates Could Shrink U.S. HIV Epidemic by 2025 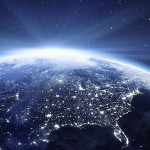 As the U.S. Wrests Greater Control Over HIV, What’s the Key to Success?