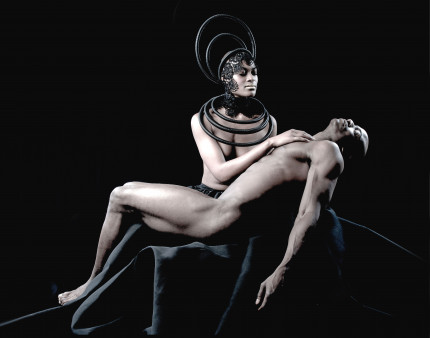 In this edited excerpt from an opinion piece titled “Art & AIDS: Amor y Pasión,” GMHC board member Osvaldo Perdomo recaps an exhibition honoring HIV-positive artists, as well as the life and legacy of Keith Haring.

For the past six years, Gay Men’s Health Crisis (GMHC) has been presenting Art & AIDS exhibitions, free to the public, in partnership with the Leslie-Lohman Museum of Gay and Lesbian Art in New York. This year’s show, titled Art & AIDS: Amor y Pasión (Love and Passion), was curated by David Livingston and me—we are both GMHC clients and volunteers.

The show, which ran from January 22 to February 1, is an outcome of the weekly art classes offered by GMHC’s Volunteer, Work and Wellness Center and also of the artists who’ve come to GMHC for support after their own diagnosis. It featured over 45 artists who are GMHC clients displaying their talent and emotions through painting, drawing, photography and sculpture.

The show also honored Keith Haring for his talent and legacy, marking the 25th anniversary of his death from AIDS complications on February 16, 1990. GMHC and the museum collaborated with the Keith Haring Foundation to display his “Bad Boys” series.

The silkscreens, created in 1986, display Haring’s explicit homoerotic expression and pride in his sexual orientation at a time when many people were being diagnosed and dying. The Keith Haring Foundation has also allowed us to display a black-and-white portrait of the artist taken in 1984 by his friend Robert Mapplethorpe, who died of AIDS complications in 1989.

The Leslie-Lohman Museum also hosted a film screening and discussion on the documentary The Universe of Keith Haring, an intimate portrait of the world-renowned artist whose mantra was that “art is for everyone!”

The 90-minute film is an intimate exploration of the background and career of one of the most popular and significant artists of the 20th century. Julia Gruen, executive director of the Keith Haring Foundation, led a post-screening discussion with the audience.

The artist launched the Keith Haring Foundation in November 1989, months before his death. Its mission is to support nonprofit organizations that assist children, as well as organizations that are involved in HIV/AIDS-related education, research and care.

At the opening reception of Art & AIDS, members of the Imperial Court of New York, a group that raises funds for community-based organizations and that’s famous for its drag queens, volunteered to greet the guests.

The evening was a smashing success, filling the space to capacity. The festive audience mingled as they discussed their favorite pieces; others kept busy buying art, which is well-priced—plus, 100 percent of the sales goes to the artists, allowing them to increase their financial independence, which is important for those on a limited income. What’s more, the artists are now able to participate in other shows, as most galleries require artists to have been part of a show before hosting their work.

This show also sent a message that AIDS is not over and that stigma is something people living with the virus still experience. In addition, it gave the artists a chance to show that their art celebrates life, history, beauty, sexuality and spirituality as it pushes struggle with optimism, love and passion. 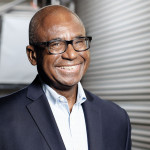