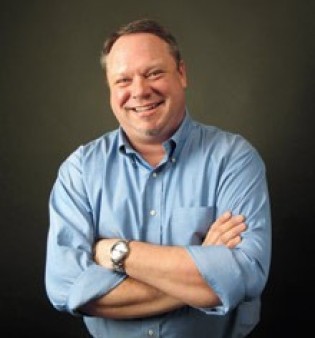 Carlton rounds is the executive director and founder of Volunteer Positive, a nonprofit organization that enables Americans living with and affected by HIV/AIDS to volunteer to help AIDS service organizations in other countries. His day job is assistant director of the Center for International Programs at the State University of New York. Rounds shares how his professional experience working across the globe and his personal experience living with HIV since 2005 led to his impassioned vision to put positive people to work helping others living with the virus.

Tell us about Volunteer Positive.


Volunteer Positive is the first international service organization that supports HIV-positive people who wish to volunteer for short-term international service. It’s the ultimate matchmaking situation. We connect HIV-infected and-affected people with their counterparts—people who are living with similar challenges in different places around the world. This is our inaugural year. The first Volunteer Positive location is Chiang Mai, Thailand. And we’ll send the first group there in January 2012. South Africa and Mérida, Mexico, are possible future locations.

Why did you choose Chiang Mai?
Thailand has been successful with its HIV prevention and outreach programs in a way that other countries haven’t. They had one of the first HIV vaccine trials.
There are many nongovernmental organizations in Chiang Mai, and there are some really remarkable ones that work with people affected by HIV. It’s also very tolerant of LGBT people.

Plus, it’s absolutely stunningly beautiful. It has fantastic medical support. It has world-class universities. It’s not a hard place to spend a little bit of time.
What are some of the groups you’ll assist?
There’s a fantastic organization called Grandma Cares, which supports grandmothers who care for AIDS orphans. Another one is Empower, which works with sex workers to provide HIV testing.

There’s one other group that I particularly feel bonded to called Violet Home [for men who have sex with men]. It’s an organization run by HIV-positive people for HIV-positive people. It fights stigma in the context of Thai culture.
What are your hopes for participants?
When they come back, I want everyone to be more engaged. I want them to say, “I feel more empowered to make change and be more involved directing the future of HIV care and rights as a person who’s HIV positive.”

I see a real lack of leadership of positive people; we are not setting the healthcare agenda and the [civil] rights agenda in the United States. This is my way of stirring it up. My goal is for Volunteer Positive participants to have a succession of experiences that will make them uniquely qualified to be global leaders.

How do volunteers subsidize their costs?
Volunteer Positive is structured to be volunteer funded. There are limits and benefits to that.

People raise money to pay for their own travel expenses. As the organization grows, my plan is to be able to subsidize [costs] so that we’re matching [funds raised by volunteers].

What support do you provide?
I work with volunteers to answer their questions, set expectations and understand them as people.

Volunteers in [foreign] countries need to understand the cultural context in which they’ll be working. In Chiang Mai, there will be lectures on Buddhist philosophy, Thai history and Thai language. My goal is to teach cultural competency-building skills within the group of volunteers.

I set up the housing, set up the medical support, set up the educational infrastructure and do all the logistics.
How was Volunteer Positive launched?
I was sitting in the office of my HIV doctor and picked up a copy of POZ magazine. On the cover was a picture of Jeremiah Johnson [who became HIV positive while in the Peace Corps and lobbied the organization to change its policy on HIV-positive volunteers, which it eventually did].

Since I worked [at an international service organization] I met with our CEO. I put the magazine down on his desk and said, “This is really bothering me.” He read it and said, “This is just wrong. Let’s get Jeremiah on the phone.”

We arranged to send him [to any of our programs] in the world. One of the suggestions was to send him to Peru, where I had done service. As Jeremiah was preparing to go into the country, I realized that how people prepare themselves [for work or travel abroad] if they’re positive is different than if they don’t have HIV.

Jeremiah [who is currently on my board of advisers] was concerned about going to Peru. I realized while trying to prepare him that I was uniquely qualified to help people in this way.

One day I was asked to be part of a panel discussion on underrepresented individuals in international service. Someone asked, “Why are you up there [on the panel]?” It never really occurred to me that I had been so used to not talking about being positive. So I disclosed.

Then somebody said, “What are you going to do about it?” I said, “I’m going to start the first organization for people like me to do international service as openly positive people.” Then I went up to my hotel room and broke into a huge sweat and thought, “What have I done?”

The next day my inbox was full of emails; they were really remarkable. I didn’t get any bad ones. It was right around the time when President Obama was about to get rid of the HIV travel ban. I thought, “This is so synchronistic.”
How did HIV intersect your personal and professional lives?
I remember after teaching one night [in 2005], I slumped over my desk. I thought, “God, I don’t feel right.” I got tested [for HIV], and it came out positive. It’s an emotional process that you can’t intellectualize.

Soon after I found out [I was HIV positive], I had to get on a plane to Cape Town [for work]. I was running a human rights program—where we were doing presentations on human rights and HIV in Southern Africa—and helping with a support group, where I was the only American, within a month of my diagnosis.

It was surreal. I went through it, and I came home. My whole sense of who I was in the world was redefined. I would rather go through change without HIV, but I’m a better person than I was. I have a more inclusive worldview. I’m probably emotionally more accessible than ever.

Volunteer Positive is about anti-stigma. It’s also about claiming your space in the world. My way of trying to regain my power is to fight for my own agency as a global citizen. It’s about presenting an image of people who are HIV positive as strong. One day, I’d like Volunteer Positive not to exist, because I’d like HIV-positive people’s contributions to be ubiquitous and visible.

Go to volunteerpositive.org for more details.