An open letter by LGBT executive directors urging the community to join the fight against HIV/AIDS.

Twitter
Facebook
Pinterest
Tumblr
Email
Advertisement
Over the last 30 years, the lesbian, gay, bisexual and transgender community has seen great strides in the movement for full equality. Much of this success is the result of a concerted movement, which was galvanized in response to the AIDS epidemic in the 1980s.

In the decades since, our movement has seen incredible victories. Today, twenty-one states and Washington, DC, have implemented nondiscrimination laws in employment to protect LGBT employees. Eighteen states allow gay couples to adopt children. Sixteen states have passed legislation protecting LGBT students from discrimination, with another fifteen states specifically protecting LGBT students from bullying. Gays and lesbians can now serve openly in the military and more than half of all Americans support marriage equality, including the first-ever sitting president.

One in five gay and bisexual men are living with HIV in the United States. Despite these alarming statistics, which have galvanized our community in the past, the HIV epidemic has seemed to fall by the wayside. Many in our community have simply stopped talking about the issue. This must change.

We, the undersigned, are committed to being part of this change and urge the entire community to join us in this fight.
Science and policy have aligned like never before to make it possible to envision an AIDS-free generation. That vision will not be realized without addressing the persistent and disparate impact of the HIV/AIDS epidemic on gay, bisexual and transgender Americans. Today, we commit to ending this epidemic and protecting the health of our community. We urge you to join us in this effort. 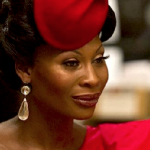 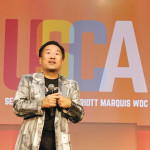 216 Scholarships Awarded for the 2019 U.S. Conference on AIDS 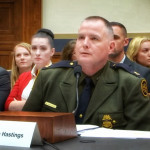 U.S. Border Patrol Separates Children From Parents Who Have HIV