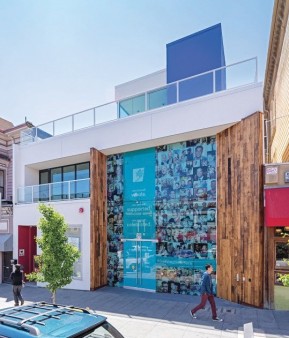 2016 is off to a great start for the San Francisco AIDS Foundation. SFAF, after years of hard work and several delays, opened the doors of Strut, a one-stop shop for HIV/AIDS services and health and wellness for the city’s gay, bi and transgender community.

Conveniently located at 470 Castro Street, Strut is now home to the Magnet clinic, which has operated in the neighborhood since 2003. The new, larger space allows for more clients and a 40 percent increase in free testing for HIV and sexually transmitted infections.

A popular pre-exposure prophylaxis program that has already served 625 HIV-negative men also moved to Strut, as have the substance use and mental health services of Stonewall Project; the Elizabeth Taylor 50-Plus Network for men 50 and older; the DREAAM Project for black men; the community-building programs of Bridgemen; Positive Force; case management; art shows; open mic nights; panel discussions; and more.

Why put all this under one fabulous roof? As Strut executive director Tim Patriarca explains, this makes it easier for Strut to link folks to appointments, events and groups that had previously been located in separate locations.

“What’s more,” he says, “Strut was designed to be open and welcoming, with a huge glass window that makes up the front of the center. The goal is to offer the community a space they’ll become familiar with, and feel comfortable coming back to for any reason.

“Finally, beyond program expansion, Strut brings a chance to change the conversation about HIV and how it impacts our community,” Patriarca sums up. “For years we’ve been talking about ‘ending the epidemic,’ and Strut helps us focus on the bigger picture: on ways we can support the health and wellness of our whole community.” 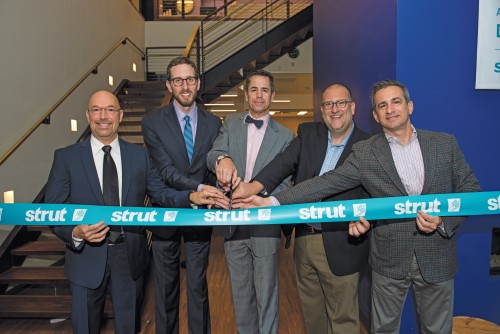 In related news: Tim “TJ” Jones has been named the interim CEO of San Francisco AIDS Foundation, replacing former head Neil Giuliano. But that’s not all: Jones is HIV positive, making him one of the rare leaders of an AIDS service organization who is actually living with the virus.