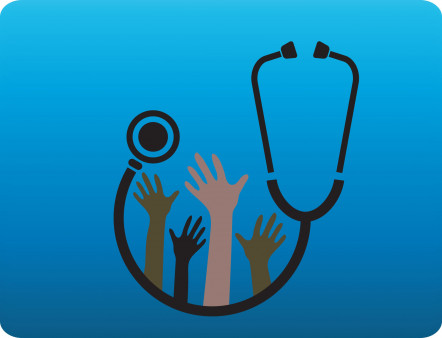 Convenience, accessibility, confidentiality and quality care. If the U.S. health care system wants to bring people who have left HIV care back to the clinic, this is what people with HIV say they’ll have to do, according to data presented this week at the 11th International AIDS Society Conference on HIV Science (IAS 2021).

The United States has a major HIV care engagement problem. Right now, only half of people living with HIV are actively engaged in care, said Kelly Dyer, a research assistant at Emory University School of Medicine, who presented the data. Only 56% of those maintain an undetectable viral load, which is associated with longer life spans and less illness and eliminates the risk of transmitting HIV to sexual partners.

So Dyer and colleagues conducted a mixed-method study between June 2019 and May 2021. One arm did in-depth interviews with 41 people working at HIV clinics, people who lived in the community and, critically, people with HIV who were not currently in care. The other arm asked 50 people living with HIV who were not engaged in treatment to take a survey on which of seven HIV care models they’d prefer.

The vast majority of people living with HIV were Black (86%), 82% were men, more than half (52%) were sexual minorities and 54% earned less than $10,000 a year. On ranked-choice responses, the traditional HIV clinic model came in third as the preferred model of care among people with HIV, with mobile clinics and community-based care with peer navigation coming in first and second, respectively.

Mobile clinics were far and away the most popular: 70%, or 35 people living with HIV who were disengaged from care, ranked the mobile clinic as their first or second choice, with 21 listing it as their first choice. By comparison, the traditional HIV clinic model was the first choice for just 14% of participants, or about seven people. Community-based peer navigators ranked first or second for 38% of participants. Fewer than 10 people listed that model as the first choice.

Interestingly, the traditional HIV clinic model was the third most popular, with 24% listing it as first or second choice, but 32% listed it as their second-to-last choice for care—the only rank worse than “would never use.”

Telemedicine tied with the traditional clinic as the preferred way of receiving HIV care, with one person in the interview side of the study saying it’s “more private and more convenient cause I can do it at home.”

The least popular option was receiving HIV care at drug treatment centers, with just one person listing it as their first choice and 18% saying they’d never use that kind of care. It’s unclear whether that’s because they do not report troublesome drug use.

The heterogeneity of preferences means that more than one method might be necessary to fully engage all people living with HIV in care. Because this is a very small study population, the results should be taken with an abundance of caution.

“Through this work, what we learned is that not one size fits all when it comes to care delivery, highlighting the need to provide multiple alternative models of delivery,” said Dyer. “Additionally, multiple participants discussed the need for integration of care models and for individuals to choose different care models at different times.”

Click here for more news about engagement in care.