Melody Rose, who is HIV positive, has filed a federal lawsuit against a doctor who refused to remove her gallbladder because of her status, PinkNews reports. Her suit was filed in the Eastern District of Wisconsin and is supported by Lambda Legal, which advocates on behalf of the LGBT community and those living with HIV, and the AIDS Resource Center of Wisconsin (ARCW).

According to Rose, 35, the defendants—Steven Cahee, MD; Agnesian HealthCare Inc.; and Fond du Lac Regional Clinic—violated four different state and federal laws, including the Americans With Disabilities Act (ADA) and its state law counterpart, both of which prohibit disability discrimination by places of public accommodation, including health care providers.

According to the article, other legislation that applies to this case includes a Wisconsin law forbidding health care providers from humiliating, degrading or denying services to people based solely on their HIV status.

“Discrimination in health care remains a major problem for people living with HIV,” said Peter Kimball, director of the Legal Services Program at the ARCW. 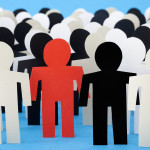