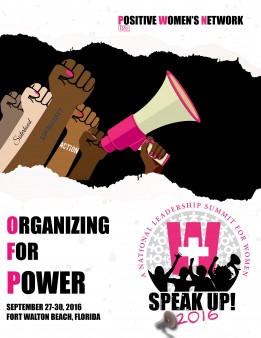 Women living with HIV are “Organizing for Power”—that was the theme of “Speak Up! 2016,” a national leadership summit held in September in Fort Walton Beach, Florida, and organized by Positive Women’s Network–USA (PWN-USA). Naina Khanna, the group’s executive director, says the summit is important for expanding the leadership pipeline, building community among women with HIV and increasing their ability to advocate on state and national levels. The event’s panels, workshops and discussions included an array of topics—women’s reproductive autonomy, intergenerational leadership, decriminalization of HIV, drug use and sex work—but Khanna points out three that rose to prominence: