When the HIV epidemic first hit in the early 1980s, researchers had to determine how the virus affected the immune system.

At the time, scientists established a cohort (group of people) of men for studies—specifically, the Multicenter AIDS Cohort Study (MACS), launched in 1984. Women were not included because the virus mainly affected gay and bisexual men.

“But very soon after that, we realized that we really needed to look at some women as well,” explains Sarah Read, MD, the deputy director of the Division of AIDS at the National Institute of Allergy and Infectious Diseases, part of the National Institutes of Health (NIH). As a result, the Women’s Interagency HIV Study (WIHS) was created in 1993. 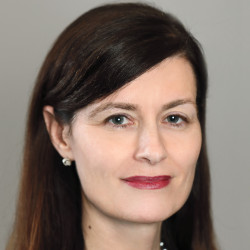 “This cohort has now allowed us decades of follow-up to see how participants are aging differently compared to populations that are not living with HIV,” says Read. She notes that early on, researchers looked at basic questions, such as how the virus affected the immune system and how people responded to various medications, doses and regimens.

After successful antiretroviral treatment became available in 1996, scientists started to think about the health and well-being of people living with HIV long-term.

Today, WIHS continues to document the experiences of women with the virus in the United States, steadily moving science and society toward a better understanding of HIV.

Over time, researchers will examine other illnesses that occur alongside the virus, such as cardiovascular disease, diabetes, cancer and mental health issues, to assess long-term immune function and comorbidities in people living with HIV.

In addition, scientists have focused on the effects of stigma, social isolation and lack of social support and other similar factors.