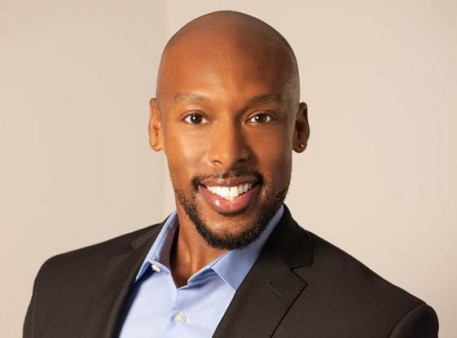 Terry Dyer, who is HIV positive, was named executive director of the World AIDS Museum. He’s the author of “Letters to a Gay Black Boy.”

The World AIDS Museum and Education Center in Fort Lauderdale has a new director: Terry Dyer. In addition to showcasing exhibitions, the museum aims to initiate conversations about stigma surrounding HIV and AIDS. Dyer, a gay Black man living with HIV, was previously the director of SunServe, an LGBTQ organization that offers a range of services to vulnerable members of the community.

He has worked with Fortune 100 and 500 companies as well as nonprofits to expand their reach and has a background in client services, program management and more, according to a press release from the World AIDS Museum. Currently, Dyer also serves on the boards of other nonprofits, including Plays of Wilton and the South Florida Human Rights Campaign Steering Committee.

As evident in the Instagram post below, Dyer has been helming the museum since at least June.

“Terry Dyer brings a wealth of experience and passion to our organization which is committed to preserving history and promoting dialogue with education to end the stigma of HIV/AIDS,” said Will Spencer, the center board chair of the museum, in the press release.

Dyer was also part of the San Francisco LGBTQ Speakers Bureau, where he educated people about violence against the LGBTQ community.

In 2010, POZ’s sister publication Real Health interviewed Dyer about his work with San Francisco’s Stop AIDS Project, where he helped implement methods to encourage people to get tested for HIV. That article described how Dyer became involved in organization:

After Terry Dyer graduated from college in 2005, one year later he discovered he was HIV positive. At the time, Dyer worked as a recruiter in the staffing and employment industry. The Stop AIDS Project was one of his clients. Then Dyer had a chance conversation with the organization’s executive director. During the chat, Dyer discussed what being a gay Black man meant to him and the importance of being able to live a healthy lifestyle. Soon after, the executive director offered him a job. Dyer became the program manager of the Stop AIDS Project’s Our Love Program in San Francisco. For him, the job was more than just a challenging opportunity. The position also offered him a very personal way to reconnect with the Black gay community. It was something that he says had been missing in his life for a very long time. Plus it also provided him with a way to do the kind of philanthropic work that satisfied him most: helping people and giving back to his community.

According to his personal Twitter account, Dyer is a recipient of the National Diversity Council Leadership Award. He is also the best-selling author of the memoir Letters to a Gay Black Boy, which encourages dialogue about racism, homophobia and other forms of discrimination.

The World AIDS Museum opened in 2014 and educates over 5,000 people per year in schools, detention facilities and more. The museum’s permanent exhibit, The Chronology of HIV/AIDS, helps visitors understand the epidemic and how it continues to affect people today.

Upcoming events at the museum include “Black Men Speak: The Impact of HIV on the Black Community,” an exhibition of international AIDS posters and the first Red Dress, Dress Red Gala. For more information, including details about special programs, visit the World AIDS Museum website.