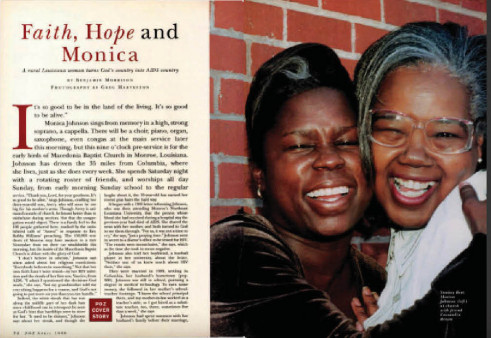 Cover: Actor Michael Jeter on Tinseltown wannabes, media gossipmongers, gay moralists and his own troubled path to happiness. Inside: Adopted PWAs line up for the Terminal Illness Emergency Search, which helps adoptees find their birth parents; photographer Kire Godal looks at the big picture of AIDS in Kenya. Plus: The first-ever organ transplant for people living with HIV. 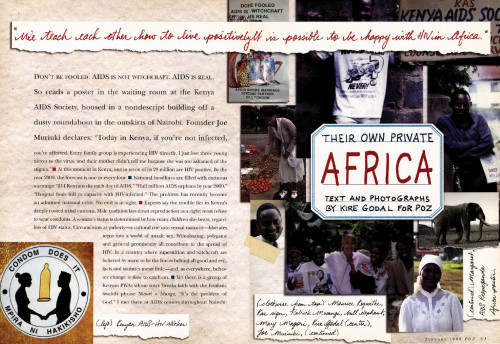 Cover: Treatment Action Group’s Mark Harrington tells POZ what it means to have won a MacArthur
“genius” grant. Inside: If you thought teenage acne was tough, HIV has an unsightly surprise in store for you; mandatory HIV name reporting is back, but this time the battle lines are redrawn. Plus: A new exhibit showcases the work of downtown artist Jack Smith, who mixed mediums and metaphors. 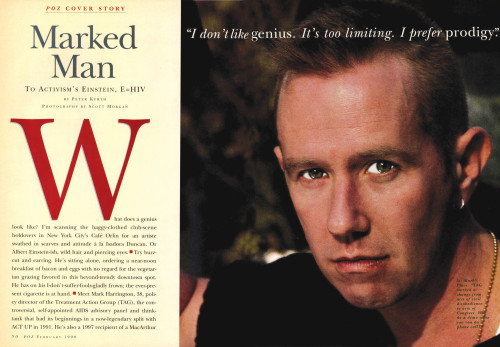 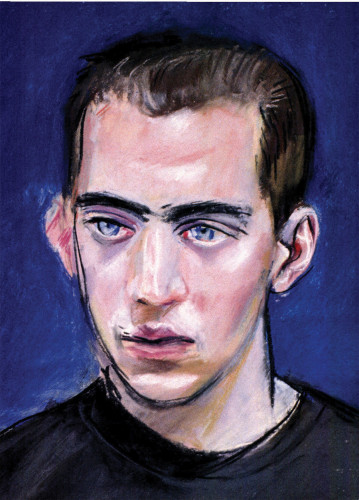 Cover: Performance artist John Kelly describes how he includes AIDS in his work. Inside: A roundtable on HIV criminalization; people with HIV are adding a dash of herbs to their treatment stews. Plus: Choreographer Mark Dendy whips up a healthy brew of spirituality and skepticism. 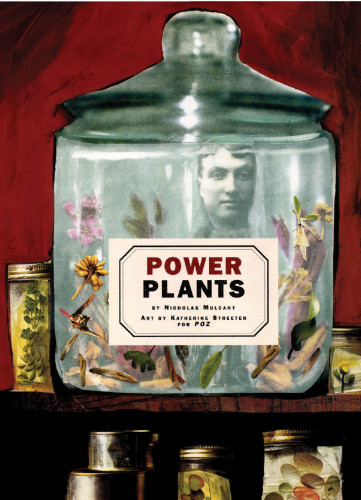 Cover: Former Playboy centerfold Rebekka Armstrong is talking up safe sex at Catholic schools and posing for POZ. Inside: A tactical alliance between drug companies and AIDS advocates is bankrupting drug assistance programs nationwide. Plus: How to take the tumors and treatments in stride. 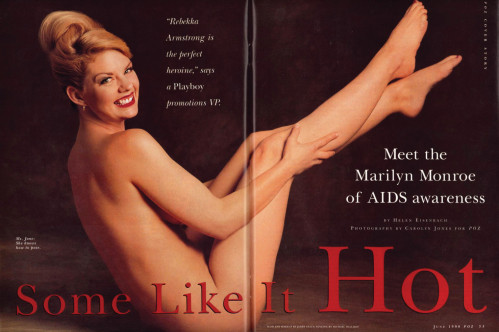 Cover: Joseph Sonnabend, MD, has been at the forefront of the AIDS epidemic, helping to create one of the first publications on safer sex and cofounding the organization that would become amfAR. Inside: Ashok Row Kavi is the Larry Kramer of India; the World Bank’s African crisis is killing people living with HIV/AIDS; reinvigorating the national effort for vaccine research. Plus: Secrets and lies about your HIV medications. 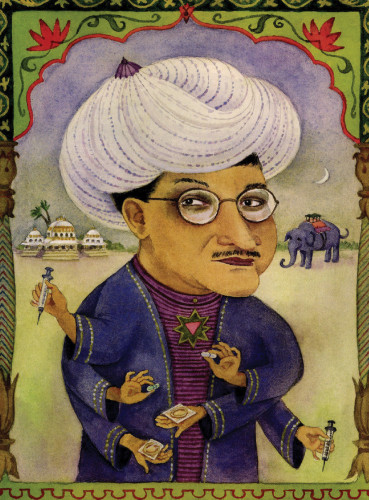 Cover: Emily Carter took a dark journey, but now, she’s one of her generation’s brightest writers. Inside: New fiction by seven of our favorite authors; performance artist Karen Finley wants you to remember those we lost to AIDS. Plus: Miss America Kate Shindle dares to talk to students across the nation about HIV prevention despite some restrictions on what she can say. 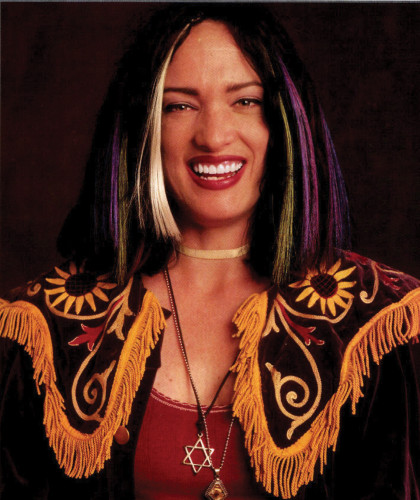 Cover: Eight HIV-positive youth discuss the virus and its effect on their generation. Inside: Why HIV education is failing America’s teens; hepatitis C suddenly has people with HIV talking, testing and treating; safer sex and survival on the streets of New York City. Plus: Meet Heather Farkas, a 17-year-old prep school prevention expert. 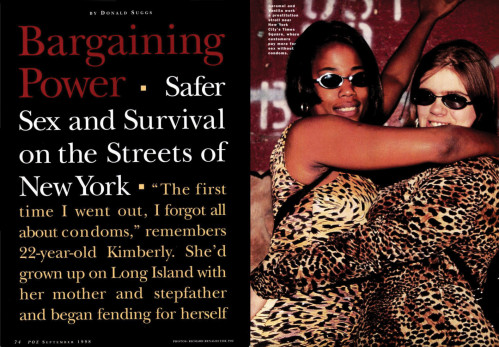 Cover: The art of selling HIV drugs, featuring model Michael Weathers. Inside: The aftermath of Sean Strub’s drug holiday; the latest on early drug intervention; Dan Pallotta’s fabled bike rides raise millions for AIDS, but is it time to look a gift horse in the mouth? Plus: A recap of the 12th International AIDS Conference in Geneva. 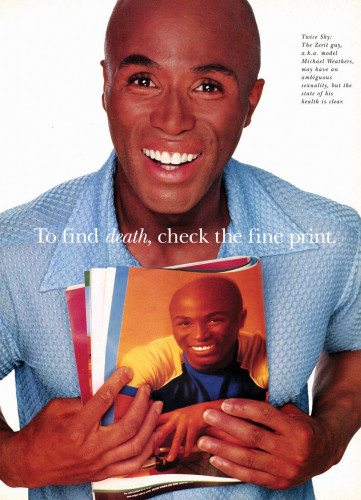 Cover: Against all odds, inmates have emerged as their own best AIDS educators and advocates. Inside: The children of an inmate living with AIDS hold their family together; how treatment and care for inmates living with HIV varies dramatically from prison to prison. Plus: Mark Tucker beats the odds behind bars. 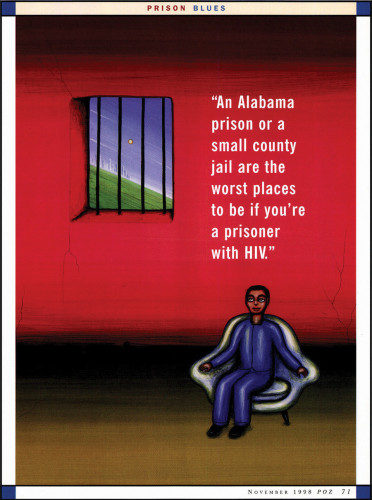 Cover: Jane Fowler is one of many people aging with HIV who are considering safer sex as part of their retirement plan. Inside: POZ’s Annual Givers Guide; Sri Lanka wakes up late to AIDS; the public life of artist Felix Gonzalez- Torres. Plus: If HIV meds can’t completely rid the body of the virus, can the immune system contain what HIV is left? 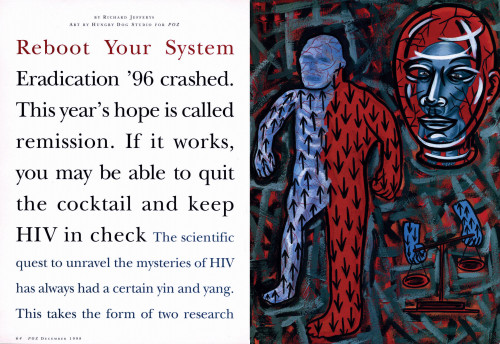