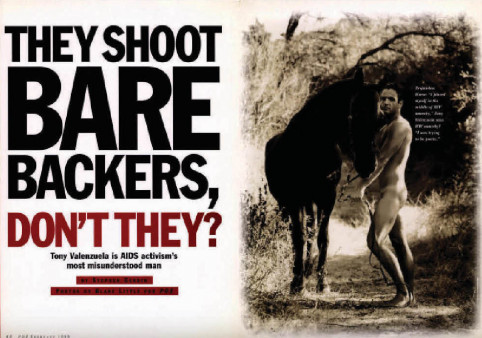 Cover: A profile of the Reverend Rainey Cheeks, founder of Us Helping Us, Washington, DC’s first AIDS service organization for gay Black men. Inside: The best, worst and weirdest news from 1998; how African-American leaders are tackling the epidemic in their midst; 10 steps to ease peripheral neuropathy. Plus: Mario Cooper interviews San Francisco Mayor Willie Brown about his record on HIV/AIDS. 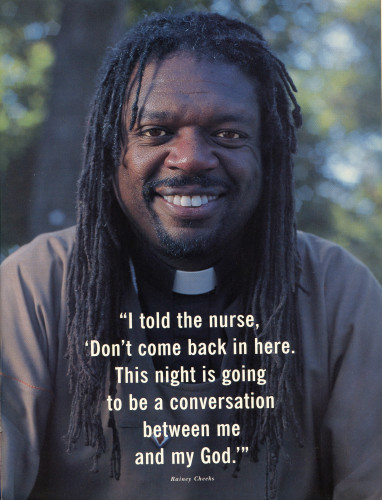 Cover: Tony Valenzuela talks about barebacking and how he became AIDS activism’s most misunderstood man. Inside: Canada’s Supreme Court upholds the criminalization of people living with HIV for nondisclosure before consensual sex; a look at Steve Hart’s deeply emotional photo essay A Bronx Family Album: The Impact of AIDS. Plus: Larry Kramer and David Webster write about how they found love in an epidemic. 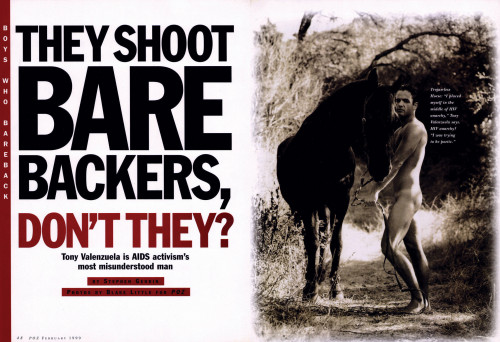 Cover: Olympic gold medalist Greg Louganis dives into dog training and shares an excerpt from his new book, For the Life of Your Dog. Inside: Actress Kathy Najimy on why she supports organizations such as LA Shanti and Project Angel Food. Plus:  The impact of provocative writer and artist David Wojnarowicz. 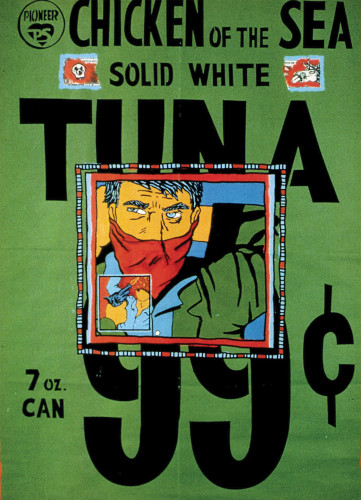 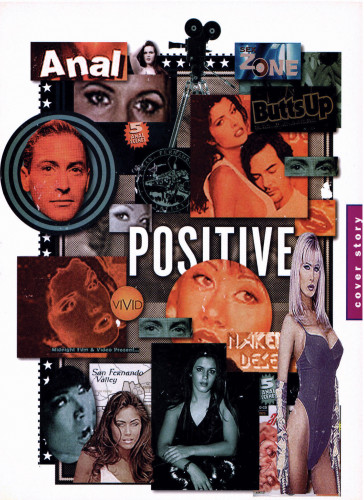 Cover: For POZ’s fifth anniversary, we catch up with past cover subjects Moisés Agosto, Rebekka Armstrong, Shawn Decker, Kiyoshi Kuromiya, Raven Lopez, Ty Ross, Andrew Sullivan and Susan Rodriguez. Inside: Authors, artists and activists reflect on the current state of HIV; the long-term side effects of protease inhibitors. Plus: The HAART Chart breaks down the incidence rates of med side effects. 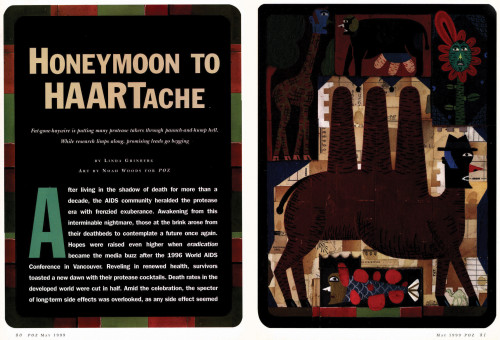 Cover: A report on how advances in prevention science could revolutionize safer sex. Inside: Tips for talking to doctors or nurses about your pain; POZ’s Nurse Know-It-All offers advice for sun and sleep seekers. Plus: Choreographer Muna Tseng’s last dance with her older brother, photographer Tseng Kwong Chi. 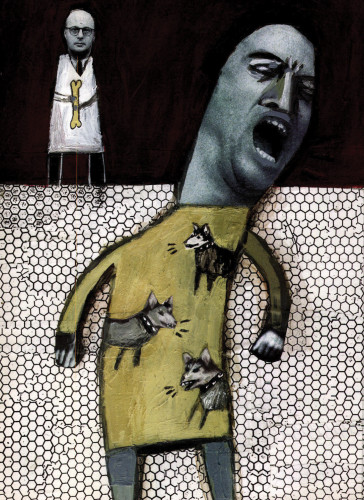 Cover: Guest-edited by Phill Wilson, our special “In Africa” issue highlights the crisis on the continent. Inside: Advocating for the expansion of scientific research into how gender differences affect antiretroviral dosing, resistance, side effects and more. Plus: Scovia Kazolo is a Ugandan nurse-midwife living with HIV who melds modern medicine with traditional healing. 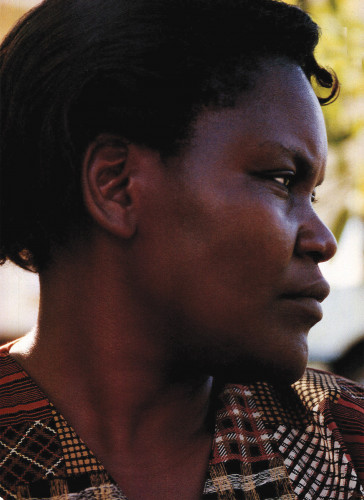 Cover: A look inside the curious closets of artist Barton Lidice Bene—you never know what or whom you’ll find. Inside: Puerto Rican officials are accused of embezzling federal AIDS funds; how to prevent parasites—and treat them. Plus: Special summer fiction: Richard McCann’s short story on love and loss. 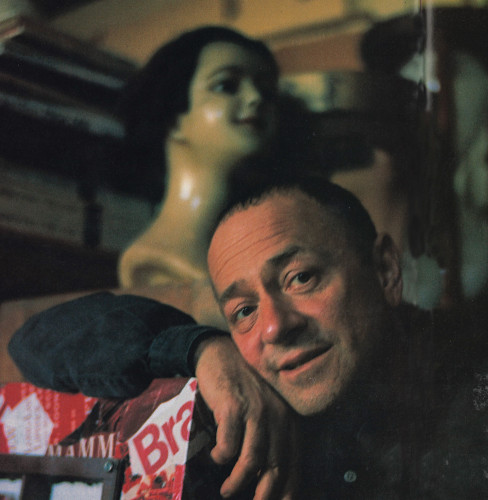 Cover: NYPD officer Steve Yurcik was surprised by the support he received from his fellow officers in blue when he disclosed his HIV status. Inside: Immigrants living with HIV who are detained by the Immigration and Naturalization Service may face unpredictable health care. Plus: An interview with Where the Wild Things Areauthor Maurice Sendak, whose cherished drawings have been turned into a wall-sized mural at GMHC in New York City. 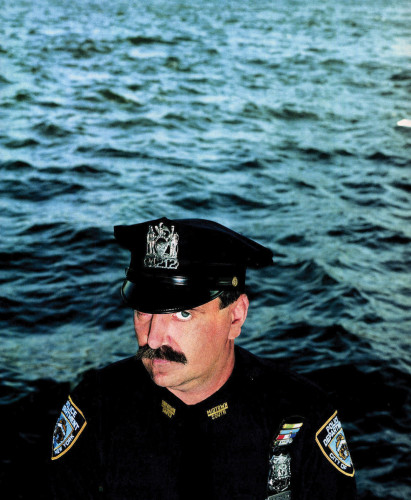 Cover: Researcher Steven Miles on why the protease boom went bust—and what we can do about it. Inside: The search for a vaccine advances into uncharted territory and may be found where prevention and treatment intersect; transgender activists are fighting to make the system work for their sisters and brothers. Plus: Tibor Kalman’s graphic activism in Colors magazine. 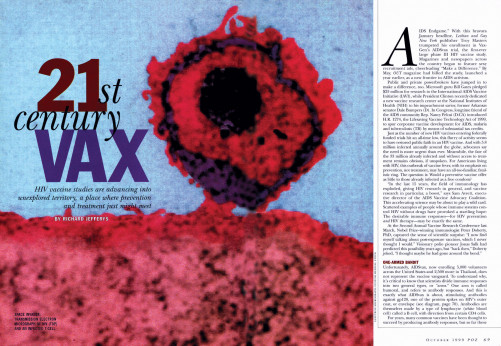 Cover: In their own words, Stephen Gendin and Hush McDowell try to make sense of how one came to transmit an HIV supervirus to the other. Inside: A community action agenda on how to end the epidemic; if you’re tired and cranky and lost your love mojo, you might blame it on your hormones. Plus: Transgender nun Sister Mary Elizabeth is the wizard behind AEGIS—the AIDS Education Global Information System, the largest HIV website in the world. 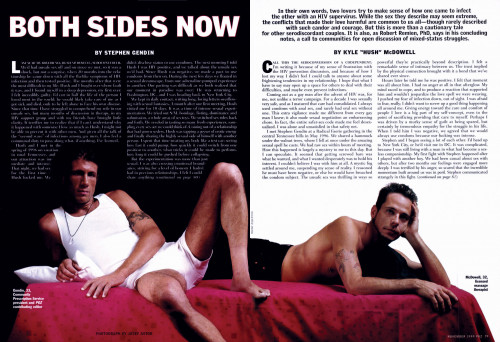 Cover: From riots to ribbons, 99 monumental moments of the AIDS epidemic during the ’90s. Inside: A guide to the new world of adherence high anxiety; catching up with former cover subject Mary Fisher; will a structured treatment interruption make your holiday season jolly, or is it a folly? Plus: Meet Ferd Eggan, Los Angeles’s radical AIDS czar. 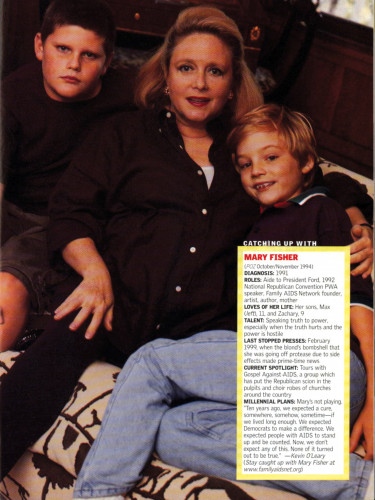