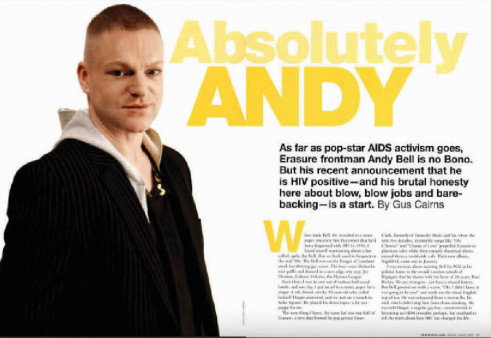 Cover: The top HIV/AIDS-related stories of 2004. Inside: A report on the HIV epidemic across the pond in Britain; Greg Louganis on dealing with depression and the healing power of his dogs; six superheroes of 2004. Plus: Shawn Decker and Gwenn Barringer’s wedding. 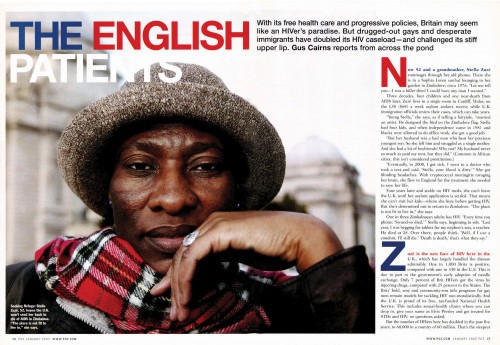 Cover: A Valentine’s Day guide to finding romance online and making love last. Inside: HIV meds on the black market; 20 foods that boost immune energy; butt pad underwear to boost the booty. Plus: Brent Mower discloses his status and climbs the Great Wall of China to raise money for amfAR’s TREAT Asia program. 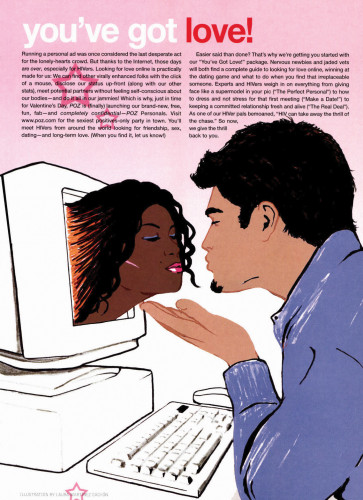 Cover: After announcing publicly that he is living with HIV, Erasure front man Andy Bell talks to POZ about blow, blow jobs and barebacking. Inside: Expert advice on how to find work, get health care coverage and keep your disability benefits; there’s new hope for a therapeutic vaccine. Plus: The first one-pill, once-a-day HIV treatment is in the works. 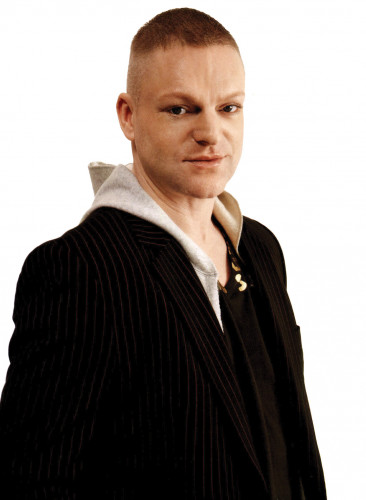 Cover: Jules Levin leads the fight for those with HIV and hep C coinfection. Inside: A tribute to Sylvester, the disco diva who braved ’80s stigma to sound the alarm about the epidemic; a profile of activist Esther Boucicault, who in 1999 became the first woman living with HIV in Haiti to publicly announce her status. Plus: A breakdown of the media sensationalism over the latest supervirus story. 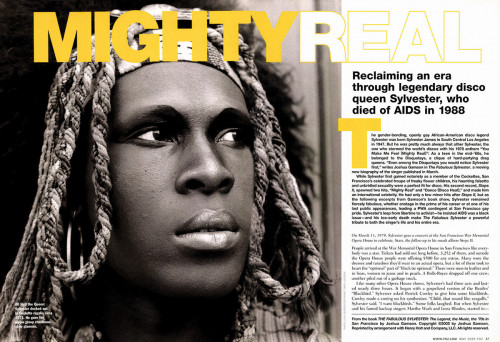 Cover: A controversial group of French women living with HIV believe that transmitting HIV is a crime and turn to right-wing politicians for justice. Inside: Michael Musto interviews fashion designer Kenneth Cole and Mathilde Krim, MD, as Cole steps into Krim’s shoes as the new chairman of the board of amfAR. Plus: How to get the most out of of your interaction with the receptionist at your doctor’s office.

Cover: Michelle Lampkin weighs in on the difficulties of living with HIV in the South. Inside: The winners of the POZ fiction and poetry contest; 20 years of the AIDS Walk; legal expert Catherine Hanssens on the medical rights of inmates. Plus: Grammy-nominated jazz pianist Fred Hersch shares his tips for carrying his HIV meds on the road. 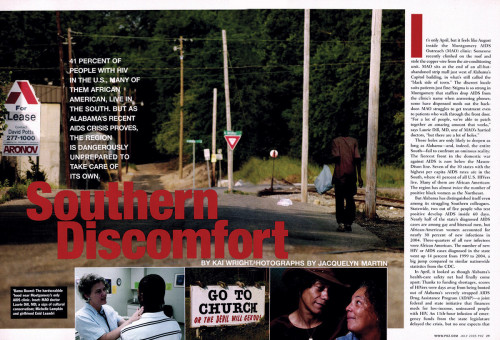 Cover: Kwame “Blackkat” Banks, the first African American to win American Leatherman. Inside: Focusing on viral hot spots and launching reality- based interventions to end the epidemic; Spencer Cox writes about getting over the AIDS crisis. Plus: Mastering meditation can empower your immune system. 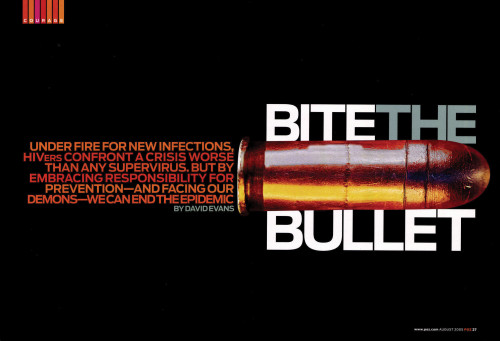 Cover: Dawnmarie Sims shares what HIV has taught her about hope. Inside: Catching up with Raven Lopez, who appeared on our August/September 1996 cover; Charles King reveals his vision for the Campaign to End AIDS (C2EA), a cross-country caravan of HIV advocates heading to Washington, DC, for five days of action. Plus: Meet 10 people living with HIV who are part of the C2EA caravan. 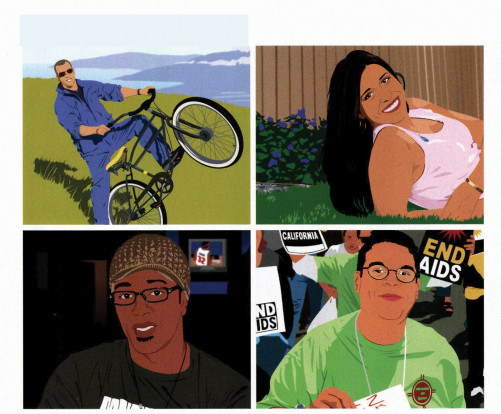 Cover: Gerard Thai on the wonder of HIV. Inside: A look at the future of immune-based therapies; River Huston wonders whether disclosing her status will hurt her sex-toy business. Plus: Comic-book creator Darren Davis on Zak Raven, the studly, HIV-positive hero of his next comic, Lost Raven. 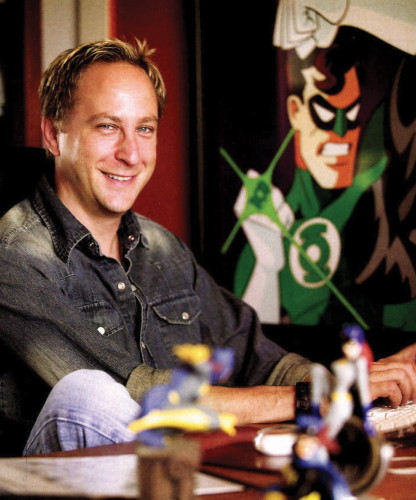 Cover: Jane Fowler is a 70-year-old HIV-positive grandmother who can’t stop talking about sex. Inside: POZ sets the table for a Thanksgiving feast and a discussion about gratitude and HIV; five tips for disclosure. Plus: Charting the odds of transmission during mixed-status sex without a condom. 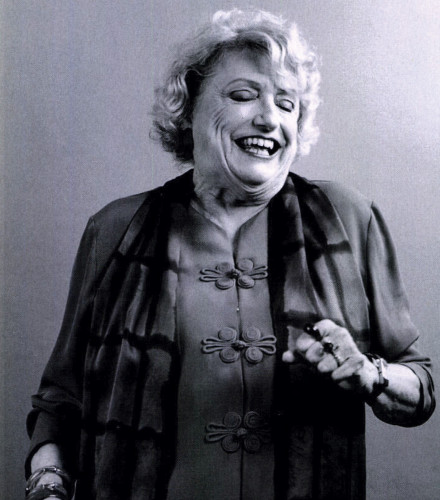 Cover: Juliano Innocenti finds peace with his HIV. Inside: How to beat the seasonal blues—especially around the holidays; the HIV community reacts to Hurricane Katrina; POZ remembers editor and columnist LeRoy Whitfield. Plus: Five great treatment developments of 2005. 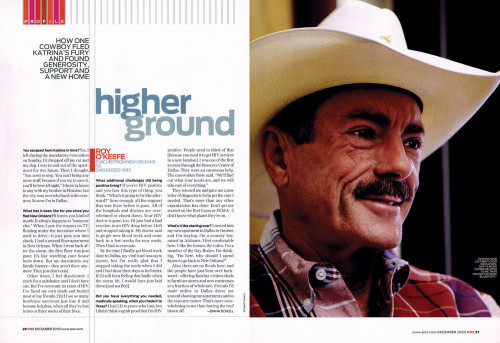