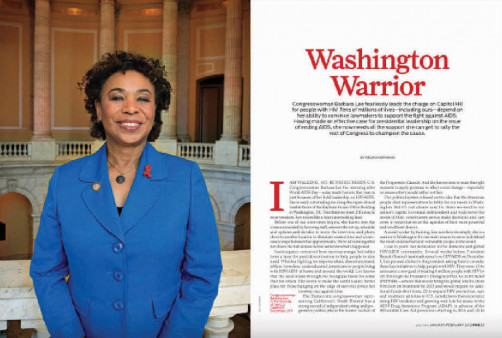 Cover: Congresswoman Barbara Lee fearlessly leads the charge on Capitol Hill for people with HIV. Inside: HIV is just one symptom of the larger issues affecting Michael Tikili and other young Black men who have sex with men; where you live in the United States influences how well you live with the virus. Plus: How to keep your heart healthy. 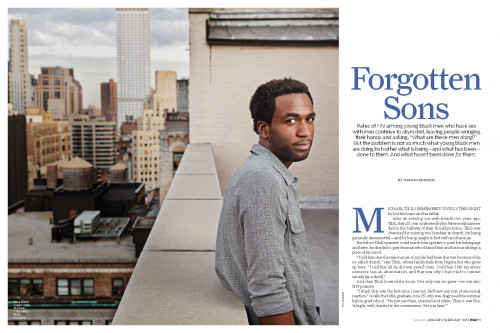 Cover: Charles Tripp can’t donate a portion of his liver to save his partner because federal law forbids people living with HIV from being organ donors. Inside: Photographer and filmmaker James Houston talks about his latest project, a movie about teenage sexual health titled Let’s Talk About Sex; Americans are growing old with HIV. Plus: A toy-sized terrier raises money for AIDS. 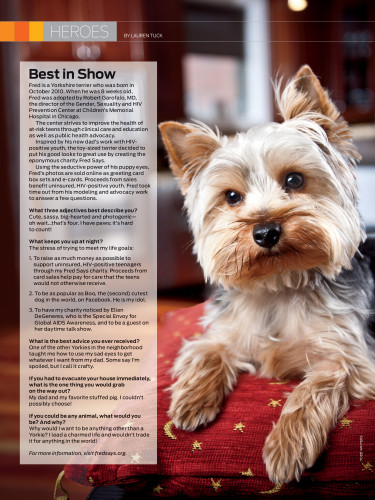 Cover: Eileen Mitzman continues to fight for people with HIV even after losing her daughter to AIDS two decades ago. Inside: Meet the warriors working to get more people on treatment in order to slow the spread of HIV; David France hopes his documentary How to Survive a Plague will inspire the next generation of HIV activists. Plus: Products to help you relax and rejuvenate. 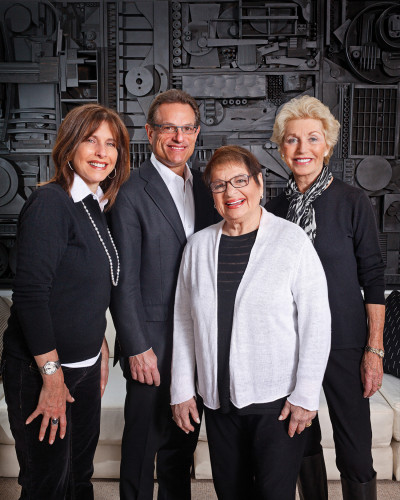 Cover: Editor- in-chief Regan Hofmann summons readers to serve in the POZ Army to advocate for the end of AIDS in anticipation of the International AIDS Conference in Washington, DC. Inside: Robert Suttle and others share their HIV criminalization stories and their crusade for health, welfare and justice; teaching women how to navigate safer sex. Plus: Artist Avram Finkelstein uses his art to inspire activism and highlight injustice. 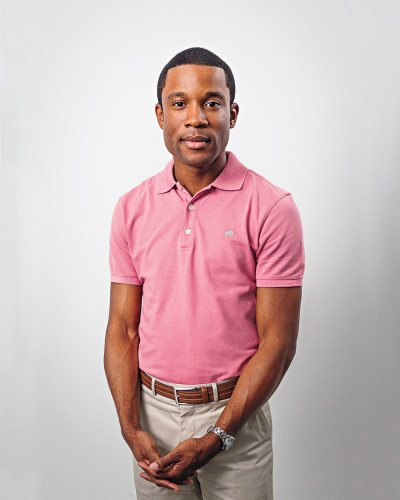 Cover: In preparation for the 2012 International AIDS Conference, POZ offers Congress a seven-item must-do list—including tackling homophobia and racism, decriminalizing HIV, encouraging safer drug use—if we are to end AIDS in our lifetime. Inside: A new film explores why the American South has not succeeded in its struggle to break free of AIDS; Françoise Barré-Sinoussi, co-discoverer of HIV, discusses the hunt for a cure. Plus: Magic Johnson has a new Medicaid plan for Florida. 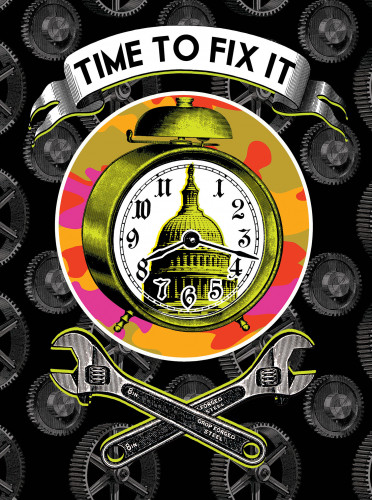 Cover: Cecilia Chung has struggled with violence and HIV. In our feature, Valerie Holmes and Kat Griffith also share how they’ve dealt with HIV-related trauma. Inside: Jim Hubbard on his documentary, United in Anger: A History of ACT UP; an HIV campaign inspired by Fifty Shades of Grey. Plus: Readers weigh in on the first at-home rapid HIV test. 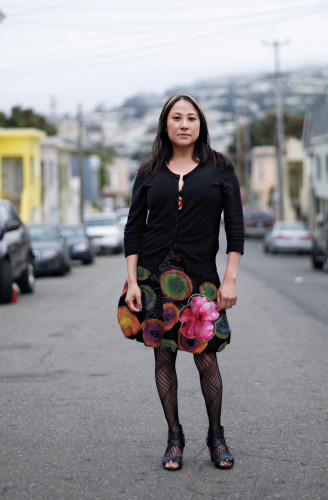 Cover: Broadway Cares/Equity Fights AIDS supports HIV and family service programs nationwide as well as AIDS research and advocacy. Inside: Scott A. Schoettes of Lambda Legal outlines the battle being waged in U.S. courts over HIV criminalization; highlights from the 19th International AIDS Conference in Washington, DC. Plus: David Heckerman, the guy who invented Microsoft’s email spam filter, is now fighting another type of invader: HIV. 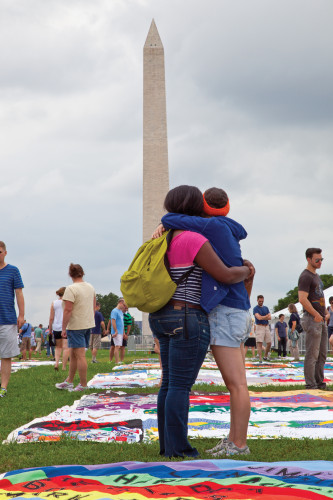 Cover: Sir Elton John is one of 100 people recognized in the 2012 POZ 100 for helping to speed up the end of AIDS. Inside: An excerpt from John’s new book, Love Is the Cure, reveals that he wishes he had done more to fight AIDS during the early days of the epidemic; an iPad video game hopes to teach HIV prevention skills. Plus: Over-the-counter HIV tests: helpful or harmful? 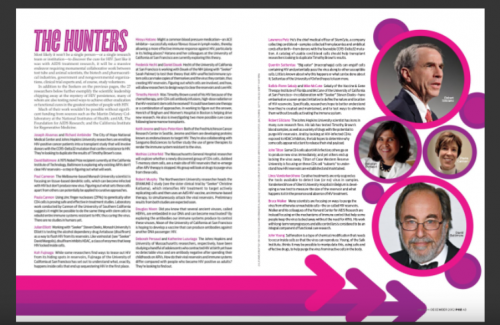