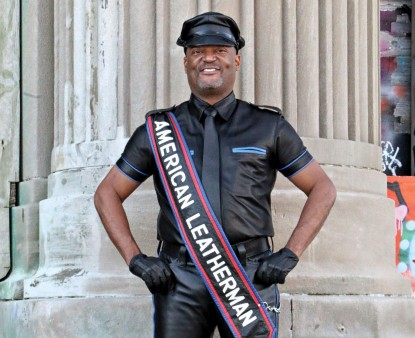 Each October, the leather community gathers in Chicago for American Brotherhood Weekend, which includes a contest to name that year’s American Leatherman and Leatherwoman. For the first time in the event’s 28-year history, both titleholders, Rod McCoy and Jackie Thompson, are Black.

During their yearlong reign, both want to send a message that’s sex positive and body positive. As McCoy, who was diagnosed with HIV in 2002, tells POZ, “I want to encourage people to get tested, to get on PrEP [pre-exposure prophylaxis] and those of us living with HIV to stay adherent to our meds. And I want to talk about us getting screened for STIs [sexually transmitted infections].” Notably, he wants to ignite these conversations among men of color, who often lack access to such information.

An advocate since the 1980s, McCoy, who lives near Washington, DC, even developed an HIV and STI workshop called Beyond the Red Ribbon that’s geared for “kinksters and leather folk” (he offers them for everyday people too). And for a day job?

“I currently am a consultant, working with a number of organizations around HIV prevention,” he says. “Prior to that, I was the training manager at Health HIV. My focus is to assist health departments and their community partners improve their capacity to provide HIV, HCV [hepatitis C virus] and LGBT health services to gay and bisexual Men of color.”

McCoy is open about his own status but realizes that many others aren’t as empowered. By way of example, he tells this story: “I was at Mid-Atlantic Leather Weekend, and this cute guy made it known that he was interested in hooking up with me. He had a husband, so I wanted to see if maybe he wanted to join in. The husband passed but gave his blessing. Before we left, I said, ‘You both should know that I’m HIV positive.’ As soon as I said that, the dude who was interested in me literally ran away from the conversation. So I asked the husband, ‘What was that about?’ And the response was, ‘Where we’re from, we usually don’t talk about HIV.’” Turns out, the guys were from Memphis; as a region, the U.S. South is seeing high rates of HIV. So McCoy turned the rejection into a teachable moment, explaining how the couple could reduce their HIV risk.

McCoy also points out to POZ that most of the time, when he discloses his status, the conversation usually leads to what might be called a happier ending. 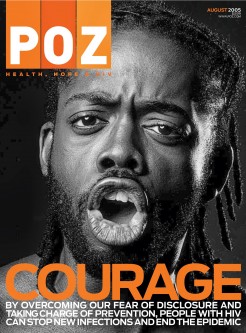 Kwame “Blackkat” Banks on the cover of POZ August 2005 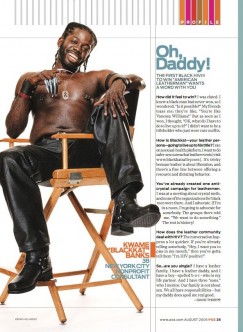 The August 2005 cover story of POZ, pictured above, featured Kwame “Blackkat” Banks, who was the first African-American American Leatherman. The current 2017 winner, Rod McCoy, remembers that issue well—“to see him in POZ was awesome and overwhelming”—so he asked Blackkat for advice. As McCoy puts it: “There’s still a lot of work around HIV to be done in the leather community.”