As part of her research for “Full Disclosure,” Camryn Garrett read POZ, watched HIV movies (good and bad ones), studied AIDS activism and followed up on celebrities such as Magic Johnson and Angelina Jolie.

What happens when a girl with HIV wants to have sex? The answer lies in Camryn Garrett’s Full Disclosure.

Five years ago, Camryn Garrett was taught abstinence-only sex ed at a New York public school. She didn’t even realize that people could survive with HIV. Now, she’s enjoying the success of her first novel, Full Disclosure, about Simone Garcia-Hampton, a Black teenager thriving with HIV and contemplating having sex. And who could blame Simone, with the dreamy Miles chatting her up during rehearsals for the school musical, Rent? The only people aware of her status are her doctors and family—Simone was adopted by two gay dads—so she’s unsure how or when to disclose. Then she finds a note in her locker: I know you have HIV. You have until Thanksgiving to stop hanging out with Miles. Or everyone else will know too.

Aren’t you hooked? And don’t you want to know how Garrett, who was once so misinformed about HIV, penned such a gripping and realistic story about everyday life with the virus? As for her writing, at age 13 she was a reporter for Time for Kids, and since then, her work has appeared on MTV, HuffPost and Medium. As for the HIV aspect, POZ spoke with Garrett, who is studying film at New York University, to learn the backstory. Don’t worry, no spoilers ahead. 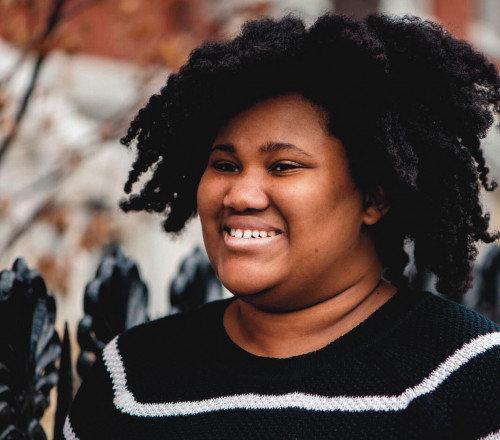 How did you come to the idea of writing this story?

I go through weird phases where I’m really into things, like reading about adoption or certain periods of history. It’s super weird. [Laughs] But I kept reading about adoption, and a lot of times it would segue into high-profile adoptions, like Angelina Jolie. She adopted kids from countries like Ethiopia and Vietnam that have high rates of kids with HIV in their orphanages. That’s where the conversation started for me. One of her kids came home really sick, and they thought she had HIV, and [Jolie] said, “I don’t care. She’s still my daughter.” At the time I read that, it didn’t make much sense to me because I thought, If she has HIV, she’s going to die, so why would you adopt her? Then I ended up on adoption blogs of parents who adopted kids who had HIV, and a lot of times they weren’t worried at all. That was so different for me. They wrote about normal kid stuff. I remember reading a blog post, and someone said, “The only time I’m worried about it is when my daughter gets married and has sex—because she’s not going to have sex before marriage.” I remember thinking, I don’t know if that will necessarily be the case for everyone. That’s where the idea [for the book] came from: a girl with HIV who wants to have sex.

Why did you want to make Simone a teen on the verge of becoming sexual?

Two reasons. When I first wrote it, that’s what I was thinking about pretty much all the time, and I wanted to write what I was experiencing. My school was abstinence-only, and my friends and I talked about sex all the time. None of us knew anything. So I wanted to write a character who has this desire but also has a lot of knowledge about it—and if she didn’t know something, she could seek out the knowledge. And then I also wanted to push against the stigma that a girl who has HIV can’t have sex or desire it or that if she does then she’s promiscuous.

Wait, you went to a public high school in the greater New York City area that taught abstinence-only sex ed?

It’s so weird. While I’ve been promoting the book, I talk to people, and a lot of times people are like, “I’m from the South, where we had abstinence-only.” But I’m from New York, and we were also abstinence-only.

I remember my health class. This was 2015, I think. The teacher asked, “Is there anything I can do differently next class?” I said, “You talked a lot about sexually transmitted viruses and diseases, but you didn’t talk about how to prevent them.” And he was like, “I really can’t, or I will get in trouble.” It’s crazy.

What did you learn about HIV when in high school?

I remember watching a made-for-TV movie [Girl, Positive, a 2007 Lifetime movie] about it in class, where this girl slept around and got HIV. Jennie Garth was in it. This is one of the things that bothers me—these narratives that HIV is a punishment. Like in a Tyler Perry movie, if a woman is not pure or good, she gets HIV at the end. I’m really disgusted by that.

So in high school, [my health teacher] said, “HIV is before AIDS, and AIDS is deadly.” I didn’t really know you could live with HIV. I remember being so confused by what I was taught and then by the existence of Magic Johnson. I figured, If he has this deadly disease, why is he still alive?

When did you start writing the novel?

The same year I had health class. There’s this thing called National Novel Writing Month [an internet-based creative writing project that takes place each November and is open to the public], where you write 50,000 words in a month. So that was the first draft. 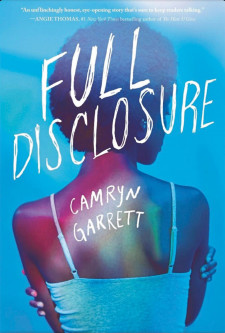 What were you most surprised to learn about HIV?

It was in phases. In the first draft, I was very focused on day-to-day living, managing it with medication. Stuff like U=U [Undetectable Equals Untransmittable]. And then the more I was revising, the more I was thinking about the history of HIV. Because I didn’t know anything about the AIDS crisis in the ’80s and ’90s. People made comments about kids dying of AIDS in Africa, but I didn’t know how it showed up in the United States or how the government responded or how organizations were fighting it. So I started watching documentaries.

Super. Especially identifying as a queer person—and seeing people like me being at the forefront of that. After that, I was reading about Black HIV groups and Black activists. You know World Pride was in June [2019, in New York City], and I was wearing an ACT UP shirt [the activist group AIDS Coalition to Unleash Power launched in 1987 and still has numerous active chapters across the globe]. My roommate asked, “That’s a cool shirt, where’s it from?” I said, “ACT UP,” and she said, “What’s that?” And I was kind of shocked that we go to school in New York—where ACT UP originated—and she didn’t know. But I probably wouldn’t have known either if I wasn’t researching for the book.

Just to clarify: You identify as queer?

Yes. It’s weird. I’m not sure if I’m bi or pan or what, so I just say queer. And my mom is very confused by the whole thing. [Laughs]

I wrote about Black HIV/AIDS activists and not learning about them in school or initial research over at @zoramag! https://t.co/FmMrWKQzYh

You penned a great essay about Black AIDS activism for Medium’s online magazine Zora. Why did you choose to make Simone an African-American teen girl with two gay dads?

No. 1, knowing that straight Black women are also impacted by HIV, I wanted to connect the book to different movements. I thought it was impactful for her to have two gay dads who probably would have been alive [when AIDS first hit and treatment didn’t exist], and they would have remembered it. And then for the readers, for YA [Full Disclosure is classified as young adult literature]. So it was also to introduce people to different topics.

I also love how you use musical theater to further explore HIV. Simone is the student director of Rent, and you name-check Hamilton’s Javier Muñoz, who’s living with HIV—and appeared on the cover of POZ.

Yes, that was a big deal! When my publicist said you wanted to do an interview, I was so excited because I used your website all the time in my research.

You’re studying film at NYU. Will we see a movie version of Full Disclosure?

Probably not. If I made a film right now, it would be really bad. But I’d love to do a documentary about Black AIDS activists.