Gabriel Maldonado is the founder, CEO and executive director of TruEvolution, an AIDS service organization in Riverside, California. Founded by Maldonado and a group of youth activists in 2007, the organization works with high-risk youth populations in Riverside and San Bernardino counties.

In recent years, TruEvolution has addressed the social factors that negatively affect the health of LGBT youth, such as homelessness, social displacement and homophobia. The group engages in community organizing efforts and prevention services and seeks to improve access to care for youth living with HIV. Its ultimate goal is to create a youth-driven movement promoting health equity, racial justice and gender and sexual equality for all underserved youth in the Inland Empire region.

As a 27-year-old Afro-Latino gay man living with HIV who has a master’s degree in business administration, Maldonado applies his personal and professional experiences to his advocacy. He has served on the AIDS Healthcare Foundation board of directors and the advisory boards of Janssen Pharmaceuticals and ViiV Healthcare. He was a POZ 100 honoree in 2014, which was the year the list focused on youth. He is a member of the Presidential Advisory Council on HIV/AIDS (PACHA), serving as cochair of the disparities committee.

Tell us about the evolution of your organization. 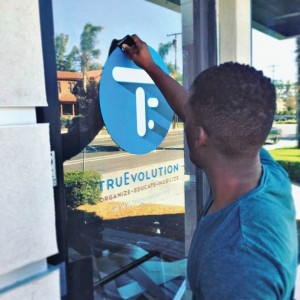 We started working in high schools to address things like bullying and discriminatory policies. We worked closely with school districts on implementing inclusive transgender restroom policies. As we started to focus more on LGBT youth of color, HIV/AIDS became a major topic for us.

We worked more on sexual health education and resource referral. We then started linkage to care. Now, as a Ryan White–funded agency, we provide services that include testing for HIV, hepatitis C and syphilis. We also do very light, nonmedical case management.

Our advocacy now includes a lot of work with public officials, both at the county and city levels, to create policies that meet the needs of vulnerable key populations disproportionately affected by HIV/AIDS, which includes LGBT youth, men of color who have sex with men and trans women of color.

For 2017 and beyond, what are some of your advocacy and policy priorities?

We have to be mindful about the future of our health care system, especially the Affordable Care Act. That is the priority that should be on all our plates, particularly for people living with HIV. If our services decrease—even an iota—that could mean life or death for some of us.

People are still dying from this virus, particularly because sometimes they are not aware of their status or stigma prohibits them from engaging in care. We need to make sure that the apparatus that we worked really hard to create over the past 30 years remains in place for dealing with HIV.

We also need to deal with highly transient youth. The majority of youth I work with are not originally from this community. Primarily, they moved here because we have some of the most affordable housing in the state. They are not only moving between counties but also from across state lines for job opportunities and social spaces.

Further, we need to provide youth with sexual health education, specifically health care literacy, which I am really passionate about. Youth have to be able to understand their health care system and the jargon used in navigating the system, which is overwhelming and can be a real barrier.

In the aftermath of the 2016 election, how does HIV/AIDS advocacy move forward? How can youth play a role?

Everybody has different strategies and approaches. I don’t necessarily think one strategy is better than another. My personal strategy that we use here at the local level has been to decentralize the movement, which is very counter to what the movement has become since the beginning of the epidemic.

More of a grassroots approach is where we need to go. We need to engage with our city and state officials. The Trump administration is looking to give more power to the states, which means that we’re going to see an expansion of the role that state and local governments play in health care. Let’s take fewer flights to DC and more flights to state capitals like Sacramento and Albany.

According to many reports, it was millennials—those who voted and those who protested by not voting—that really swung this election. Youth are drawn to decentralization, to the grassroots. Look at Black Lives Matter. There are many chapters in several cities. Each is different, but the Black Lives Matter movement goes forward in cohesion because they’re after the same goal.

The HIV/AIDS movement needs to get on this bandwagon. I don’t say that in a negative way. However, I think that we could leverage the power of millennials by better understanding their approach to activism and policy.

You tested HIV positive in 2013. Can you speak about the journey that led you to become an AIDS activist?

I came out as a gay man when I was a freshman in college at 19 years old. I came out because I had been in a violent relationship.

From there, I wanted to get involved more in understanding my queer identity and how my queer existence, particularly as a person of color, could be nourished and supported. I ended up in San Diego and started volunteering and about two years later became the director of festivals for San Diego Pride.

Commuting from Riverside to San Diego was too much, so I didn’t stay. But that’s when I started to learn more about community organizing and leadership development. That’s when I also started to learn about HIV. At Pride, I saw the presence of various AIDS service organizations and became curious.

I have a phrase that I’m kind of turning into a national program. It’s called “Resilience Is My Resistance.” Resilience—simply being resilient—is an act of resistance. Me following myself is activism. That has become my guiding pedagogy for how I do my work and how I understand myself.

What advice can you give to youth who want to get involved in advocacy? 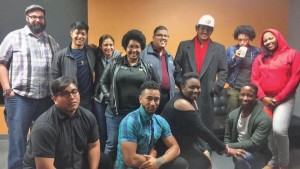 Take an inventory of what exists in your community, then plug into what’s happening. My organization is big on not re-creating the wheel, even if we think we can do it better. If it already exists, then support the agency that’s doing it.

What we should be doing as millennials is filling the gaps. What is not being done? What conversations are not happening? What part of your activism is not being reflected in your community?

Form coalitions and leverage the volume of your coalitions instead of relying on large agencies that have access already. Let’s leverage the vast expansion of the grassroots networks that we have.

What keeps you motivated?

Two things. One, I grew up in Compton with a single mother. I almost dropped out of high school.

When I started community work, I found that I had a gift for organizing. I found my purpose. It was a full-circle moment for a boy who faced suicide, abuse, sexual violence and rape. All that was overcome by my purpose.

Second, my mother is my chief of staff. She quit her job when I tested HIV positive. She volunteered for me for one year just to take care of me as I built my agency.

I really want to give the same love to my brothers and my sisters that my mother, my grandmother and my grandfather gave to me growing up.