Outside Good Hope Laundromat Courtesy of One Tent Health

As a college student, Mackenzie Copley volunteered to do HIV testing in Washington, DC’s poorer neighborhoods. “We tested about 60 people a day but also turned away about 20,” he recalls. “I asked why and was told, ‘Because they’re uninsured, and as a for-profit, we can’t make any money off them.’ I thought to myself, I’m going to start a nonprofit and test everyone.” 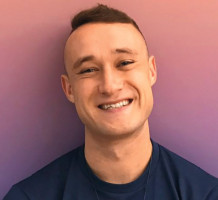 Mackenzie CopleyCourtesy of One Tent Health

And he did. With a fellow Georgetown University buddy, David Schaffer, MD, who is now a resident physician at Massachusetts General Hospital, Copley cofounded One Tent Health. Launched in 2017, the organization teams up with local health care providers and community hubs such as grocery stores to set up a tent and provide free HIV testing and direct linkage to care in District neighborhoods lacking those services, mostly African-American communities. 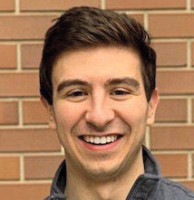 David SchafferCourtesy of One Tent Health

Beginning in September 2019, One Tent Health partnered with Us Helping Us, People Into Living, Inc., a nonprofit focused on Black gay men, to offer rapid PrEP initiation. When appropriate, folks take home a 10-day starter pack of pre-exposure prophylaxis, the daily prevention pill for those who are HIV negative, along with contacts at clinics for follow-up blood work and proper prescriptions.

Currently, One Tent Health consists, literally, of one tent and operates only on weekends. As such, it tests around 20 to 25 people a day. “We’ve tested about 1,000 people and have had four positives,” explains Copley, who studied economics. “That’s 25% better than the District’s average.” What’s more, One Tent Health’s cost effectiveness per HIV-positive test result is on track to set a national record for nonclinical settings. In the near future, he plans to add more tents and set up inside public libraries. “I want,” Copley says, “to create a machine that’s the best and most efficient at finding new cases of HIV.”

The Countdown Is On

While working late on a grant proposal, One Tent Health cofounder and CEO Mackenzie Copley had an epiphany: “I get things done when I have a hard deadline, so why not apply that to my biggest goal: to end the spread of HIV in the U.S.” So he calculated the days until his 30th birthday: 1,234. Since then, each morning as a reminder, he writes that and the updated number on his arm, counting down to day zero: 2/23/2023. 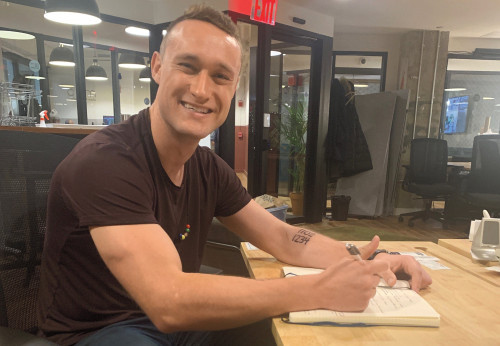