Aspergillosis is an infection caused by a group of fungi called Aspergillus. In people with healthy immune systems, it usually causes mild or moderate lung problems. In people with suppressed immune systems, lung problems can be serious and it can spread to other organs, including the kidneys, liver, skin, bones, and brain. Because some forms can be life-threatening, it is important to diagnose and treat aspergillosis quickly.

However, aspergillosis is rare among people living with HIV, even more so now that potent HIV treatment is used. And its treatment is essentially the same as for HIV-negative people. It is most common among those who have neutropenia—a low level of a type of white blood cell called neutrophils. It usually occurs in people being treated for cancer or other serious medical procedures.

It is very difficult to avoid these fungi, as they are found nearly everywhere inside and outside: in soil, decomposing plants, household dust, building materials, ornamental plants, food, and water. Aspergillus can easily travel through the air and be inhaled. People who smoke marijuana are also at an increased risk for it. Aspergillosis is not contagious from person to person.

What are the symptoms and how is aspergillosis diagnosed?

The most common symptoms are pain in the sinuses, nose, ear canal, or chest; headache; facial swelling; cough and difficulty breathing; and fever and night sweats.

Because many infections can mimic these symptoms, a health provider will most likely order an X-ray or CT scan to look at the lungs. Aspergillosis usually results in certain lesions—called “fungus balls”—that can be seen by medical experts. It is also sometimes necessary to collect fluid or tissue from the lungs in order to confirm the diagnosis, as well as do skin and blood tests.

If aspergillosis is mild (simple, single lung mass), continued observation may be all that’s needed. If other lung conditions are present, such as asthma, corticosteroids may be used.

A number of anti-fungal drugs have been tested for treating aspergillosis. The preferred treatment is voriconazole (Vfend), a medication that is given for at least a week through an intravenous (IV) line. Because of negative drug interactions, voriconazole should be prescribed with caution if protease inhibitors or efavirenz (Sustiva, Atripla) is also being used.

An alternative is IV amphotericin B (Ambisome, Amphotec, Abelcet). Caspofungin (Cancidas), also given by IV, is approved in those who do not successfully respond to either of the first two drugs. Other anti-fungal drugs are also possible for treatment, and surgery may be needed for lung masses that cause bleeding.

Aspergillosis should be treated until the patient feels better and the CD4 count is above 200 cells. IRIS (immune reconstitution inflammatory syndrome) has not been reported with aspergillosis—a condition that causes increased symptoms of an opportunistic infection to happen due to starting or switching HIV treatment.

There is no guaranteed way to prevent aspergillosis from occurring, given that the fungi are found throughout the environment. It is more likely to occur in people with HIV who have weakened immune systems—below 100 CD4 cells. Thus, the main way to help prevent aspergillosis is to keep the immune system healthy, such as using HIV drugs, reducing stress, eating right, and getting plenty of rest. 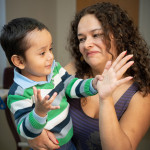 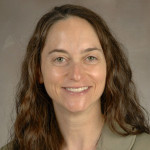 What Role Does Lymph Node Scarring Play in the Body’s Fight Against HIV?