Cryptococcal meningitis is a serious infection that affects the lungs or the central nervous sytem. It is caused by a fungus called Cryptococcus neoformans. It can occur in people with people who have weakened immune systems, particuarly those living with an advance stage of HIV.

Cryptococcus neoformans is very common in the environment and can be found in soil and in bird droppings. If that soil is kicked up into the air, it can be inhaled into the lungs. From there, the fungus can travel through the blood to the spinal column and brain where it can cause disease. While most adults and children have been exposed to this fungus at some point during their lives, they generally have immune systems that are healthy enough to prevent the disease.

Many of the symptoms are similar to those seen in other illnesses, including cough, fever, shortness of breath and chest pain. Other symptoms may include headache, neck pain, nausea and vomiting, sensitivity to light, confusion or changes in behavior.

It is very important for people living with HIV at lower CD4 counts to monitor their health closely and report any symptoms to their health care provider.

Your doctor will send a sample of tissue or body fluid to a labroratory for examination. Some doctors also request a chest x-ray or CT scan of yoru lungs, brain or other parts of your body.

Treatment for cryptococcal meningitis depends on the severity of the infection and which parts of the body are affected. Antifugal treament, such as fluconazole, is generally prescribed for mild to moderate plumonary infections.

A combination of amphotericin B and flucytosine is the recommended inital treatment for people who have servere infection in the lungs or central nervous system. Following that, an extednded treatment of fluconazole is prescribed to clear the infection.

Because Cryptococcus neoformans can be found in many parts of the environment, it is very difficult to prevent coming into contact with it. Moreover, the fungus can live in a person’s body for many months or possibly years before it causes disease, depending on the health of the person’s immune system.

Since the fungus will most likely lead to cryptococcal meningitis in people with low CD4 counts, the best possible way to prevent this disease is to keep the immune system as healthy as possible. This includes starting HIV treatment before the immune system weakens. 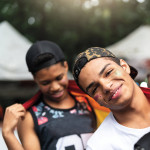