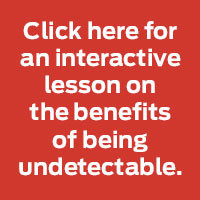 The advent of effective antiretroviral therapy has made the fight against HIV much easier, but treatment still involves challenges, including drug resistance. When resistance occurs, medications can stop working, leading to disease progression and raising the risk for HIV transmission. What’s more, some mutations confer cross-resistance to related drugs, limiting future treatment options.

Fortunately, modern HIV medications are more potent and less prone to resistance, so the virus is not able to defeat them as easily as older drugs. But it’s still important to take your meds as directed—in most cases, every day—and to receive the recommended monitoring tests to ensure that your treatment is working as it should.

What is drug resistance?

Drug resistance refers to the ability of viruses or bacteria to continue multiplying despite the presence of drugs that usually disable or kill them. In the case of HIV, drug resistance occurs when the virus develops mutations, or changes in its genetic code. These changes alter HIV proteins—including the reverse transcriptase, protease and integrase enzymes the virus uses to replicate—in ways that reduce susceptibility to drugs.

How does drug resistance occur?

In some cases, people acquire a strain of HIV that already has these mutations. This is known as transmitted drug resistance. It can happen, for example, if the virus was transmitted from a person who is on treatment but not taking their meds consistently. It is estimated that 10% to 20% of transmitted HIV is already drug resistant.

In other cases, people initially have nonresistant, or “wild type,” HIV that later develops resistance. This is known as acquired or treatment-emergent drug resistance. This is most likely to happen if a person on treatment does not maintain optimal adherence, meaning they do not always take their meds on schedule as prescribed. This allows the virus to replicate and develop new resistance mutations over time.

Resistance mutations can also evolve if a person uses only one drug that is active against the virus, known as monotherapy. Combining drugs that target different steps of the HIV life cycle makes it harder for the virus to develop enough mutations to overcome the meds. Some people who used less potent antiretrovirals one or two at a time early in the epidemic have extensive drug resistance (known as multidrug-resistant HIV), making it more difficult to construct a fully suppressive regimen. Fortunately, extensive resistance is less common with modern antiretrovirals.

What factors contribute to drug resistance?
If there’s one golden rule of antiretroviral therapy, it’s that the lower a person’s viral load while on treatment, the less likely it is that the virus will mutate and develop resistance. A number of factors can lead to viral replication, including:

Poor adherence: In order for HIV medications to work as they should, they must be taken as prescribed. Most meds must be taken every day, though the new long-acting regimen Cabenuva (injectable cabotegravir plus rilpivirine) is administered once a month or every other month. Missing doses can lead to low drug levels in the body, which allows the virus to replicate and accumulate resistance mutations as it multiplies. Tell your health care provider if you are having trouble consistently taking your medications as directed. Some regimens are more convenient, which facilitates good adherence, and some drugs are more forgiving of occasional missed doses.

It is also possible, though less common, for people taking pre-exposure prophylaxis (PrEP) to develop drug resistance. While Truvada (tenofovir disoproxil fumarate/emtricitabine and generis equivalents), Descovy (tenofovir alafenamide/emtricitabine) and Apretude (long-acting cabotegravir) can prevent HIV on their own, they are not strong enough to suppress the virus if infection occurs. If a person acquires HIV despite using PrEP—for example, if they haven’t taken it consistently—and it is not diagnosed quickly, the virus can replicate and develop resistance mutations.

Poor absorption: Not only do HIV drugs need to be taken on schedule, they also must be absorbed effectively into the bloodstream. Medications that are not absorbed properly can result in drug levels that are too low to fully control the virus. Certain drugs must be taken with food or on an empty stomach to be fully absorbed. Vomiting and diarrhea can cause drugs to be expelled from the gut too quickly, before they’re absorbed.

Pharmacokinetics: Pharmacokinetics is the term for how drugs are absorbed, distributed, broken down and eliminated from the body. Interactions between drugs can interfere with absorption. Some HIV medications require a booster to maintain high enough levels in the body (for example, protease inhibitors boosted with ritonavir or cobicistat). Be sure to tell your doctor about all the meds you are taking, including prescription drugs, over-the-counter medications, herbal remedies and supplements.

How do I know if I have drug resistance?
A viral load test often gives the first indication of drug resistance. If your HIV RNA level does not drop soon after starting therapy, or if it starts going up while on treatment, this may be due to resistance. On the other hand, if your viral load is undetectable, that means your meds are doing their job unhampered by resistance. A rising CD4 count is another, usually later, sign that your treatment may not be working properly.

There are two types of resistance test:

Genotypic tests: This type of test examines HIV’s genetic sequence to see whether it contains mutations known to cause drug resistance. Specifically, the tests look for changes in the reverse transcriptase, protease and integrase enzymes. For example, the nucleoside reverse transcriptase inhibitors lamivudine and emtricitabine are not active against HIV that contains a mutation dubbed M184V. If this mutation is present, both of these drugs are unlikely to work. Some meds, including protease inhibitors, require patterns of multiple mutations to impair their effectiveness, so interpreting genotypic tests can be tricky. To learn more about specific resistance mutations, see Stanford University’s HIV Drug Resistance Database.

Phenotypic tests: This type of test measures the behavior, or phenotype, of HIV in the presence of specific medications. A sample of HIV from a blood test is exposed to various concentrations of different drugs in a laboratory to see whether the virus can still replicate. Its ability to do so is compared against wild-type virus, which is known to be susceptible to all antiretrovirals. Phenotypic resistance is often expressed as fold changes. For example, if four times as much of a particular drug is needed to control HIV replication, the virus is said to have “fourfold resistance” to that drug.

Genotypic tests are easier, faster and cheaper, but phenotypic tests can be more accurate under certain circumstances. For a person with newly diagnosed HIV who is starting treatment for the first time, genotypic testing is usually sufficient. HIV treatment guidelines from the Department of Health and Human Services recommend genotypic testing when a person enters HIV care to guide the selection of the first antiretroviral regimen. However, therapy should not be delayed while waiting for test results; a standard regimen can be started right away and adjusted later if needed.

Genotypic tests are also preferred for people with suboptimal response or virological failure while on their first or second regimen. The test should be done while a person is still on the failing regimen; however, testing might not yield reliable results if viral load is detectable but low. Phenotypic testing, in contrast, is preferred for people with known or suspected complex resistance mutation patterns, which is often the case for highly treatment-experienced individuals.

Today’s antiretrovirals are very effective if taken consistently. Most people starting treatment for the first time can find a regimen that keeps their viral load suppressed over the long term, which minimizes the likelihood of resistance. Putting together an effective regimen is more challenging for highly treatment-experienced people, but most can still get their HIV under control with modern meds. Communicate with your health care providers and let them know if you’re having trouble taking your meds as directed, as inadequate adherence is the biggest risk factor for drug resistance.