Oral hairy leukoplakia refers to a white patch that forms in the mouth. These patches usually appear along the sides of the tongue, or on the top and underside of the tongue or along the inside of the cheek. They may appear shaggy or contain a number of tiny folds or ridges.

OHL can look like thrush, a similar oral condition that occurs in people with HIV. However, thrush usually comes off when it is lightly scraped with a toothbrush, while OHL does not.

OHL is caused by the Epstein-Barr virus (EBV). Most people in the world are infected with EBV, and it usually causes disease as the immune system weakens. OHL rarely causes serious physical problems and does not progress to more serious conditions.

What are the symptoms of OHL?

White, usually painless patches that are shaggy or ridged in appearance can develop on the sides of the tongue. OHL can also cause patches on the top or underside of the tongue or along the inside of the cheek. These may not look shaggy or that they contain ridges or folds.

These patches do not usually cause discomfort and generally do not affect the taste of foods or liquids. In some cases, however, OHL can cause mild pain and may alter a person’s taste buds and sensitivity to food temperatures.

How is it diagnosed?

A health provider usually diagnoses OHL simply by looking at the white patch. Using a tongue depressor or toothbrush, the patch can be lightly scraped. If it appears to come off with scraping, the patch is probably thrush. To be sure that it’s OHL, a clinician will send a sample of the patch to a lab to look for the Epstein-Barr virus.

How is it treated or prevented?

OHL usually does not require treatment or cause serious symptoms. However, treatment is an option for people who are unhappy with the white patches on their tongues or for those with many lesions who are experiencing discomfort or altered taste because of the patches.

Antiviral medications, taken by mouth, are used to treat OHL. These are usually taken for 1–2 weeks or until the OHL patches have disappeared:

Acyclovir (Zovirax): Acyclovir has been used for many years for OHL. It rarely causes side effects. The usual dose is 800 mg taken five times a day for at least a week. Taking lower doses over time can help prevent OHL from coming back for those with a history of frequent recurrences.

Valacyclovir (Valtrex): Valacyclovir is a “pro-drug” of acyclovir and needs to be broken down by the body before its active ingredient—acyclovir—can begin controlling the disease. This allows for higher amounts of acyclovir to stay in the body, which means a lower dose is taken by mouth three times a day. Like acyclovir, valacyclovir rarely causes side effects.

Famciclovir (Famvir): Famciclovir is the pill form of a topical cream called penciclovir (Denavir). It is taken three times a day until the patches have disappeared.

Other options include tretinoin (Retin A) and podophyllin resin, two medications that can be applied on the OHL patches. Tretinoin is usually applied two or three times a day until the patches have disappeared. Podophyllin is applied once or twice over a two- to three-week period by a health provider. Another option, especially if the OHL patches are small, is for a health provider to apply liquid nitrogen (cryotherapy) to the affected area or to remove the patches surgically.

There is no sure way to prevent OHL patches from occurring. However, keeping the immune system healthy is the best possible way to prevent OHL. This means keeping viral load low and CD4 cells high using potent HIV treatment and by adopting a healthy lifestyle.

At the present time, there are no new medications being developed for the treatment of OHL, given that OHL is not a serious opportunistic infection and medications are available to treat it. However, if you would like to find out if clinical trials of new OHL treatments are being conducted, visit  ClinicalTrials.gov, a site run by the U.S. National Institutes of Health. The site has information about all HIV-related clinical studies in the United States. For more info, you can call their toll-free number at 1-800-HIV-0440 (1-800-448-0440) or email contactus@aidsinfo.nih.gov. 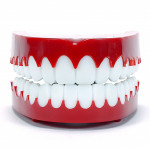 Poor Oral and Mental Health Are Related in People With HIV 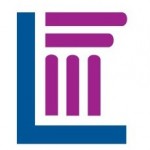