Thrombocytopenia means a decreased number of platelets (thrombocytes). Platelets are necessary to help the blood to clot. Anytime a blood vessel is damaged and leaks blood, the odd-shaped and sticky platelets clump together to plug the leak and prevent ongoing blood loss. Without enough platelets, we would quickly bleed to death.

Thrombocytopenia can occur in people with HIV for many reasons. First, HIV can infect the bone marrow cells that create platelets, which means that HIV itself can cause this condition. Second, some drugs used to treat HIV and opportunistic infections can damage bone marrow, resulting in fewer platelets. Third, our own antibodies sometimes target healthy platelets and results in a condition called immune thrombocytopenic pupura, or ITP. (These antibodies are known as autoantibodies, as they are attacking the “self,” and signal the spleen to destroy and remove the platelets from the body.)

What are the symptoms and how is it diagnosed?

Many people with thrombocytopenia, especially mild disease, do not have symptoms. More advanced forms can cause a number of bleeding problems. These include excessive and recurrent nosebleeds, bruise-like patches (purpura), and excessive bleeding from wounds (hemorrhage).

A blood test to count platelets is the best way to check for thrombocytopenia. Most people with HIV have their platelets checked regularly, as part of their Complete Blood Count (CBC) Test, usually when viral load and CD4 counts are done. In turn, most people are diagnosed before thrombocytopenia can cause serious problems.

The most effective treatment for thrombocytopenia in people with HIV is potent HIV meds. Because HIV regimens are effective in reducing the amount of virus in the blood, they can help prevent the virus from infecting bone marrow cells. HIV treatment can also help calm down the immune system, which may slow or stop the production of autoantibodies that cause the thrombocytopenia.

If HIV treatment is not effective, several other medications are possible. These include:

Because most people with HIV—whether or not they are on HIV meds—have their blood tested regularly, it’s possible to treat thrombocytopenia before it can cause bleeding disorders.

If you would like to find out if you are eligible for any clinical trials that include new therapies for the treatment or prevention of thrombocytopenia, visit ClinicalTrials.gov, a site run by the U.S. National Institutes of Health. The site has information about all HIV-related clinical studies in the United States. For more info, you can call their toll-free number at 1-800-HIV-0440 (1-800-448-0440) or email contactus@aidsinfo.nih.gov. 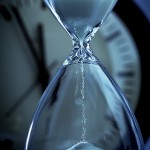 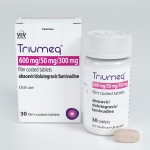 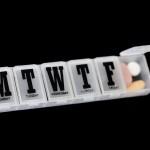