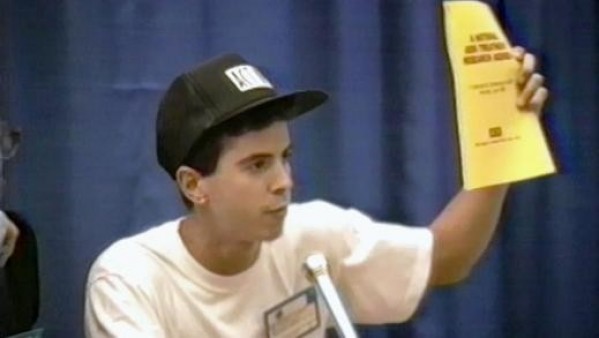 25 years ago today, the Fifth International AIDS Conference closed in Montreal, and AIDS activism changed forever. The white coats -- the medical establishment that controlled our destinies -- realized they could no longer ignore us. People living with HIV and their fellow advocates pushed their way into the conference (literally, during the opening ceremony), and came armed with a sophisticated analysis of the sorry state of AIDS treatment research.

ACT UP New York’s Treatment & Data Committee released a fifteen page report titled A National AIDS Treatment Agenda that wowed the researchers in attendance. I have so many powerful memories from that conference, but one, completely-unrecorded event stands out. If the annual international AIDS conferences had “A-Lists,” then the must-attend A-lister event each year was always amfAR’s big invitation-only reception. Since most of the T&D boys had slept with many of amfAR’s young staffers, we easily procured some invites. As I worked the room, it became obvious that everyone was buzzing about ACT UP’s report. I circled back to Mark Harrington, and we marveled at what felt like a pivotal moment for AIDS activism. We had no only demanded a seat at the table, we had earned it.

To my knowledge, the report has never been posted online. I’ve uploaded a PDF version here.

Tomorrow, at a meeting at the CDC, ACT UP will be releasing another document titled The Atlanta Principles, which will offer an analysis of what’s wrong with today’s HIV prevention efforts, and a plan for fixing them. With new infections tragically stuck at almost 50,000 a year in the U.S. -- a statistic that hasn’t budged since the early 1990’s -- it’s a national disgrace that we’ve never tackled preventing HIV, like we did with treating it. Mark my words, that’s about to change.