Twitter
Facebook
Pinterest
Tumblr
Email
Advertisement
A week and a half ago I attended my 20-Year High School Reunion. In the months leading up, I had the same feeling most people do in regard to these kinds of affairs: did I really want to go? Would it be more fun than awkward? 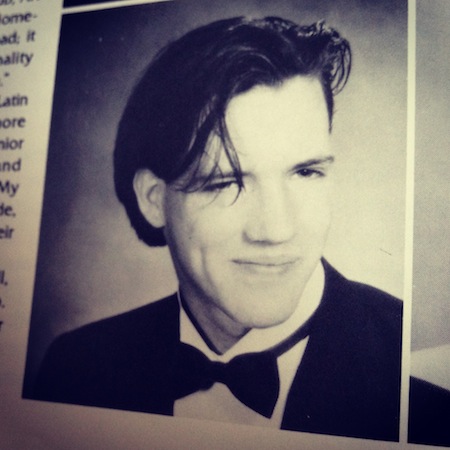 Thankfully, one of my longtime friends whom I’ve stayed in contact with was part of the organizing team. I agreed, knowing he would be there. As the event drew nearer, any fears of the event being a negative thing floated away. I started to get excited about the prospect of seeing classmates who wandered the halls alongside me for so many years, each one of them coming of age at roughly the same rate as I did.

Another plus is that I only live about 30 miles away from my hometown. When classmates from Denmark, Columbia, Germany and Poland started RSVPing, I thought it would be pretty lame if I didn’t make the “effort” to show up. Knowing how I felt initially about the reunion, I wrote to a few friends who hadn’t responded yet on the Facebook Event page, hoping they’d come out, too.

And when the night arrived, I was so thankful that I’d been open to it.

After about the third conversation with classmates I hadn’t spoken to in 20 years, I suddenly felt like I’d stepped into a time machine. In re-connecting with familiar and friendly faces from the past, I in turn reconnected with my 18-year old self. That guy who graduated with absolutely no plan of what to do with himself from that point on.

Since Gwenn and I have been so public with our relationship, many classmates have been able to keep tabs on me at a distance. I received so many kind words for the HIV education we do- even spouses of classmates whom I’d never met before heaped praises on me for My Pet Virus. I know that most of my classmates knew I was HIV positive back in high school- even though I never talked about it then- and it was great to be able to finally speak openly with them about it.

After the reunion, Gwenn joked with me about being the darling of my class, which is a dead-on assessment. The odds of me making it to a 20-year reunion were quite long, and when I was diagnosed with HIV in the 6th grade, my mom’s pie in the sky goal was getting me to high school graduation.

When the reunion neared, I was asked to make a “welcome” speech to the class. I kept it quick and casual, but I made a point to mention those who could not make it- we’ve lost a few classmates along the way, with varying degrees of tragedy. Keeping their spirit in mind during the celebrations was important because, even though they weren’t there that night physically, they too walked those very same footsteps as we did.

As for the next reunion, whether it’s in ten or twenty years, I plan to be around.  And, hopefully by then, I’ll be walking through the door without HIV in tow.