Perspective (A Letter from a 40 Year HIV Survivor)

December 3rd. That’s a big date for me. It’s only 3 days after my 42nd birthday this year, but there’s more to this random date in history than one could realize. You see, in 1983, my parents were mailed a letter from Cutter Pharmaceuticals stating that certain LOT numbers of their intravenous hemophilia product could be “suspected of AIDS.” Turns out, the LOT numbers listed in the letter matched the vials that were stored in our refrigerator. I won the illustrious jack-pot of the other 12,000 hemophiliacs who would become infected with the virus that causes AIDS, and thus our bleeding disorder diagnosis would forever be solidified with the AIDS epidemic. 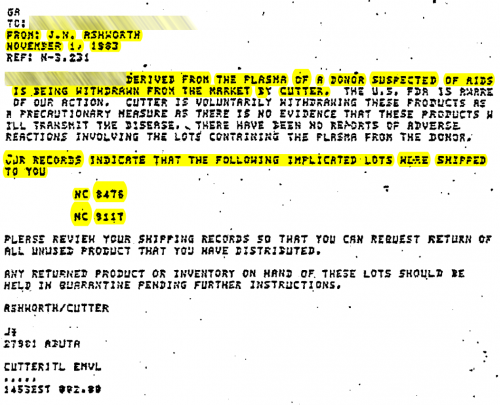 In the late 1970s through 1980s, pharmaceutical companies mass produced unsafe blood products to treat hemophilia. The pharmaceutical product, produced from blood from donors across the US, was contaminated with the HIV virus at a time when HIV could not be screened out. The blood sources themselves were eye raising, stemming from inner city skid row blood banks and even federal prisons. Though this letter was dated 1983, it was estimated I had become infected with HIV around late 1981 to early 1982 due to various symptomatic unidentified illnesses that I was having. My parents thought I had breathing issues coupled with rashes, but in all actuality, it was onset HIV infection at only age 2. My folks even took me to the emergency room several times from severe dehydration and chronic fatigue, which wouldn’t be identified until a couple years later.

Perspective. That’s what I want us focus on right now. This letter that was sent to my parents informing them that the product they were injecting in my veins was contaminated with the AIDS virus had to be devastating for them. I can’t begin to fathom the paranoia, stress, anxiety and fear my parents endured over the next few weeks and months that their son was injected with liquid death, and no one had any inclination until now. I’m sure as my folks watched the evening news, their fears grew as the AIDS epidemic would continue to make headlines for the next 8 years.

I say all of this for one purpose. This year, I celebrate 40 years being HIV positive. Let that sink in. The fact I’m alive, breathing and not a statistic of an event that took place 4 decades ago is nothing short of a modern day miracle. I don’t know anyone personally who has been 40 years HIV+, though I’m sure they’re out there. I’ve never talked much about this, nor sought glory, fame or to be featured on the nightly news. None of that matters to me. What matters is educating others that the stereotypes are not true, and that you can very much thrive despite being given a death sentence. It’s all about perspective. HIV longevity is real. I’m a living testimony to just how modern medicine, exercise, diet and healthy routines truly do make all the difference. 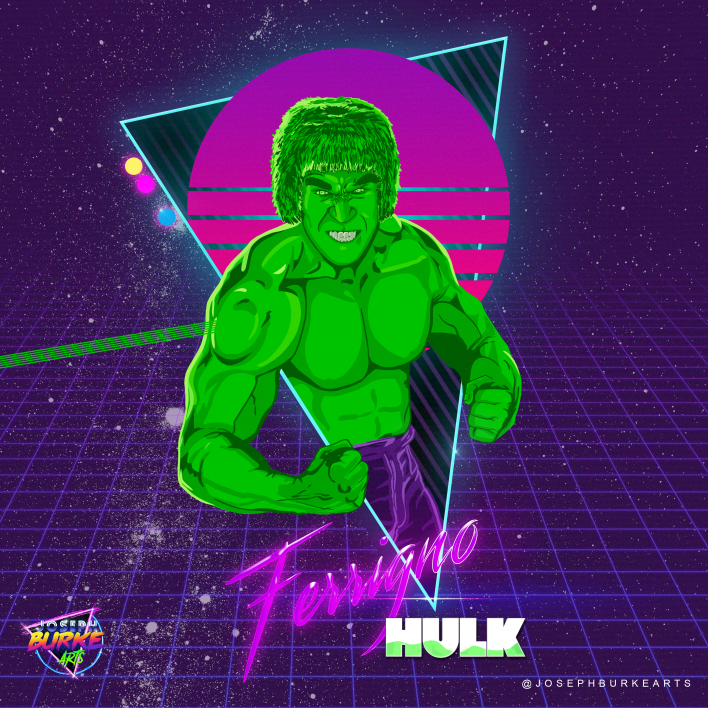 Today, I remain steadfast as a creative, and I embrace the nostalgia of my youth. Many of my favorite moments growing up are linked to the 80’s and all the media that goes along with it. From Nintendo and Atari, to Ghostbusters and The Goonies, to Trapper Keepers and Sony Walkmans, the joys of my youth became a protective cocoon of sorts blocking me from the gloom and doom of the evening news, which my parents never let me watch. So, not knowing or realizing I was sick, became the best medicine for me to live out my childhood in true 80’s glory. Today, most of my artwork, and graphic design centers around the “Synthwave” aesthetic of design. Each piece of artwork that I create, a connection to a moment from my childhood is revealed... the good times where the innocence of youth overshadowed a diagnosis of death.

Some may imply, “But why would a God allow a child to suffer like you have?” The answer is this body of text in which I’ve written here. That I can endure so others can witness something unexplainable. It makes for a pretty gnarly testimony. Thank you to my beloved wife Alexandra for always encouraging me, and being my rock through it all. I could not be the man I am today without your love and compassion. I love you! She’s the one that said, “Yes,” when others declared boldly “No.” I also want to the thank the unending diligence of my parents who drove from our little Appalachia small-town to my clinic visits multiple times a month, who made sure I got the best treatment and care I could. Their perseverance is one of the many reasons I’m here today.

We’ve come so far... but not far enough!