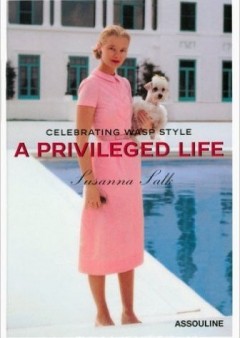 I have a lot of privileges in my life.  I am an American who received a good education and a home in a safe neighborhood.  I shop online and don’t think about where or how the items are made, I just want the lowest price.  I expect to be treated with respect and dignity and when that doesn’t happen, I feel empowered to complain.  Initially, I didn’t know these things were a privileges.  Most of my friends had the same opportunities and we never discussed or thought about the privileges granted to us.

I grew up believing that if I worked hard enough, I could accomplish anything.  America was a country where anything was possible.  I bought into the dream and seldom thought about how it was a privilege and not a right.  Secretly, I sometimes felt like the people who complained just didn’t work hard enough.  I took everything for granted.  So what happened? 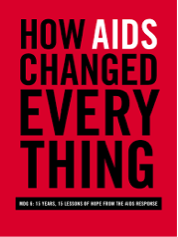 HIV turned my world upside down

HIV showed me that all the things I took for granted can be taken away.  Early in the epidemic, HIV didn’t care if you were rich, powerful or well connected, the disease killed everyone.  Insurance was no guarantee of quality medical services.  My safe home became undesirable when somebody with HIV died in the bedroom.  Disease changed the way the world saw me and the way that I saw the world.  I was no longer a person, I was a vector for transmission of a virus. My “lifestyle” was equated with being a dirty, irresponsible, sex hungry, drug using addict.  For the first time, I was treated differently and it made me angry.  It is tough being a second class citizen in a first class world.

As treatment became available, the balance changed again. We used to all be in the same boat, but now not so much. The Affordable Care Act, Ryan White Care Care and Medicaid expansion gave most people living with HIV access to care and medications, but the disease outcomes varied widely by race.  If its not about access, then why is race a determining factor for HIV infection and disease outcomes?

How do I talk about the injustice of health outcomes and not be the “angry person of color?”  How can I suggest that race may be a factor without people feeling like I’m “playing the race card?”  How can I talk about privilege and not piss off the people I’m trying to reach?

In the abstract everyone wants to talk about race, but when it’s about real life situations, it is amazing how defensive and angry it makes the world.  NMAC’s mission leads with race to urgently fight for health equity and racial justice to end the HIV epidemic. I’ve tried to include race in my discussions with colleagues - I failed miserably.  That doesn’t mean I am going to stop, my sense of entitlement tells me that it is my right to talk about race.  It is my right to talk about life’s inequities.  But it is such a hard road and it is not fun being pigeonholed.

I’ve been doing this work for a long time.  Many of you know me personally -  I’m not that guy who complains about how the world is unfair.  Yet that’s how I feel when I bring up race.  I need your help to unpack this difficult conversation in a way that allows people to be heard and not stereotyped.  I need your support when I make mistakes. Talking about race is not easy.  Fighting HIV taught me about privilege and how quickly it can go away.  Hopefully now is the time to address race.  If we don’t, we will never end the HIV epidemic in America.


Yours in the struggle