On week 11 of Celebrity Apprentice, the contestants were tasked with writing a jingle for the Good Sam Club (I Googled it: Good Sam Club is a “one-stop resource for all things RV”). They also had to put together a musical number that added choreography and costumes galore to the jingle--and then perform it in front of a live audience. You would think that the two professional singers on Team Forte and Team Unanimous--Clay Aiken and Aubrey O’Day respectively--would have stepped up as project managers. Instead we were treated to an AIDS showdown between Arsenio Hall for the Magic Johnson AIDS Foundation and Dayana Mendoza for the Latino Commission on AIDS. In other words, either way AIDS wins.

Early on in the episode it was made very clear that neither Arsenio nor Dayana has any clue as to how to write, compose, sing, dance or choreograph...essentially every skill necessary to succeed in this particular assignment. Lucky for Arsenio, his team-member Aubrey has no problem stealing the spotlight and she created a presentation based on “Hollaback Girl” (Gwen Stefani’s pop anthem in which she spells out B-A-N-A-N-A-S dressed as a cheerleader). Across the hall, Team Unanimous tried to work as a team, but the combination of Lisa Lampanelli’s hard-headedness, Aiken’s arrogance and Mendoza’s language barrier proved to be disastrous. 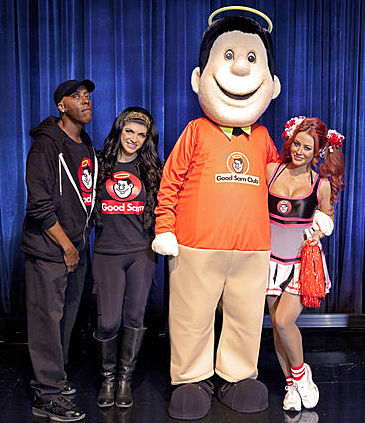 For the second time this scintillating season, Arsenio Hall won a charitable donation for the Magic Johnson AIDS Foundation. Trump offered $20,000, and Good Sam contributed $25,000 in addition to 100 percent of the proceeds from the sales of Good Sam mascot merchandise. Unfortunately Hall’s win is bittersweet because Dayana Mendoza--a third of Team HIV/AIDS (the third is Lampanelli, who is playing for Gay Men’s Health Crisis)--was fired this week. We’ll miss Dayana.

Arsenio may have been able to fly under the radar and let Aubrey take the reigns in this challenge, but as the number of contestants left standing shrinks, the celebrities will have to start putting their best interests before their teams’. And, as much as I love all charities (because giving is good), I’m hoping that Arsenio steps up and Lisa backs down so they both have better chances moving forward.

On a side note: With all of the attention that bullying among adolescents has received in the national media these past few years, it’s interesting that no one has called out Lisa Lampanelli for her perpetual picking on Dayana. So allow me: Lisa, just because being mean is part of your comic persona, and just because all the competitors are mature adults (as opposed to adolescents) and just because you’re providing entertainment on television, that doesn’t mean that it’s acceptable to actually be, well, mean. 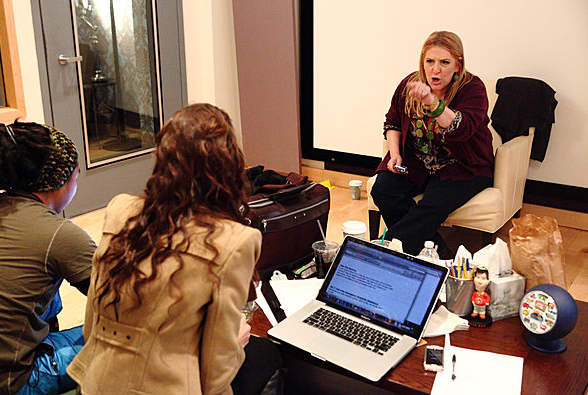 As much good as Lisa does for the LGBT community, her poor behavior reflects negatively on her character, and it overshadows her achievements. It may be true that Dayana isn’t the brightest bulb (for example she thought the word jingle referred to a Christmas song--as in “Jingle All the Way”), but can’t we please cut the bombshell beauty some slack! English is not her first language. I’ve been learning Spanish for 10 years and still get tripped up on the verb “to be.” Also, props to Dayana for always keeping her composure whenever Lisa is spewing insults in her direction, a true queen for sure.

Next week, be sure to watch as Arsenio delivers his winnings to the Magic Johnson AIDS Foundation. Last time Arsenio won, he spoke with the sports legend via video chat, but maybe we’ll get to see Johnson make an live appearance this time. Keep rooting for Team HIV/AIDS! The odds are definitely in our favor!