Click to watch a profile on Joyce Mitchell and the Art From the Heart AIDS fundraiser. Courtesy of YouTube/KCRA News

An AIDS Fundraiser From the Heart and Tattooed on the Wrist! [VIDEOS]

Once in a lifetime. I experienced that moment. And I will carry it with me — forever. A new tattoo of a heart and red ribbon representing an art AIDS fundraiser says it all. Now, I wear my passion not only on my sleeve — but also on my wrist.

I’m a self-taught oil painter. It’s a hobby; I love painting but am hesitant to call myself an artist. For years now, I’ve been selling my work, like the image below, on Facebook and pieces have gone for up to $500. I donate the money to my nonprofit, Capital City AIDS Fund (CCAF).

A few months ago, I was approached by Keith Cromie, co-owner of Apothic Heart Tattoo Collective. Quarterly, he transforms his shop into a gallery and profiles local artists so they can sell their work. He’s determined to reduce the stigma around tattoo parlors by investing in the community. This time, he wanted CCAF to be the beneficiary.

I thought perfect. I’m committed to reducing stigma around HIV/AIDS. Keith convinced me that I am a real artist, and I pulled together 35 oil paintings for the show. We called the event Art From the Heart — an HIV/AIDS Fundraiser. 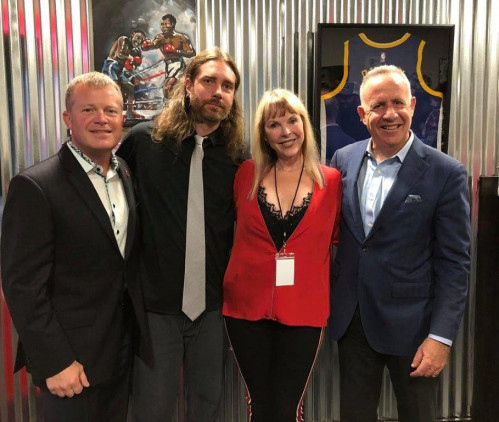 I thought what a wonderful way to raise money for CCAF’s Helen Veress Mitchell Scholarship Fund. We had just awarded more than $23,000 to HIV-positive students to attend college, and needed more money for next year.

Though I donate all the money from sales of my paintings to CCAF, I wouldn’t expect anyone else to do the same. But I was wrong. After word got out, more than 20 artists donated work and earmarked every dollar for CCAF. We ended up with 100 donated pieces for the art show.

There was an outpouring of media attention. During an early morning live shot for Sacramento CBS 13, I was recruited to get an art show logo tattooed on my wrist. All while being interviewed on live TV, which you can watch below. At one point, Keith was tattooing me and the sting of the needles left me stuttering. Again — all live — on TV!

The art show turned out to be a huge success and we raised about $15-thousand for HIV-positive students. About 200 people showed up, including Sacramento’s Mayor Darrell Steinberg. He said that “this event represents the heart and soul of the city — art and helping our youth.”

The Sisters of Perpetual Indulgence also attended. They were first on the frontlines of the AIDS pandemic back in the day, so I was honored at their presence. One of the sisters also got the same tattoo I did, and so did many others. The money from the tattoos was also donated to CCAF’s scholarship fund. 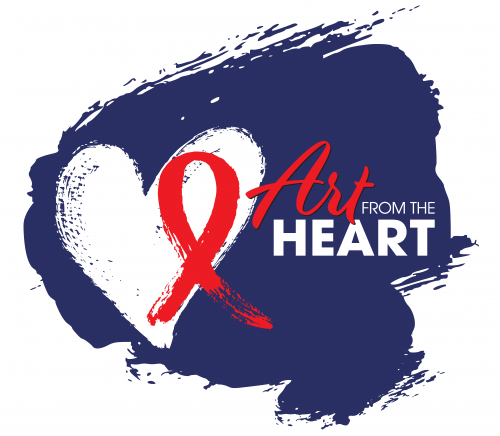