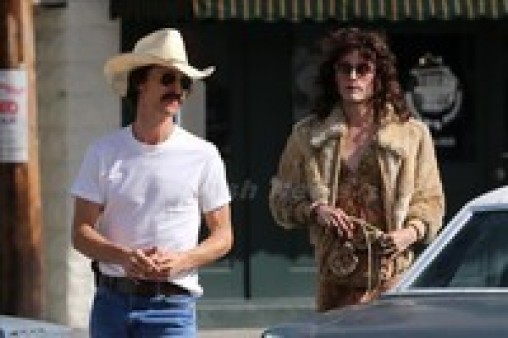 If you haven’t heard of TV talk show host Alicia Menendez or seen Alicia Menendez Tonight on the cable network Fusion, this is a good time to do so; in a short period of time, she has become a star with her own rabid fan base.

Her program, Alicia Menendez Tonight airs Monday -- Friday at 7:00 PM EST and is focused on the intersections of politics, sex and money.  It is terrific, consistently addressing issues that are ignored or under-covered elsewhere. She does it with wit, sophistication and the refreshing perspective of a post-partisan millennial realist.

Alicia enjoyed the movie Dallas Buyers Club, as so many of us have. But also like many of us, she was disappointed that Matthew McConaughey and Jared Leto failed to use their platform at the Golden Globes -- where they each won awards -- to bring attention to the epidemic or convey any sense of concern about the realm in which the characters they played existed.

Alicia calls out McConaughey and Leto with eloquence, in the form of an open letter to the two brilliant actors. I highly recommend watching the clip from the show or reading the transcript.

And, Alicia, in case you actually read this yourself, take a look at the short film, HIV is Not a Crime, at the Sero Project; it is a perfect topic for your program.  Thanks.