Founding Member of amfAR Board Speaks Out on Kenneth Cole Resignation

Jonathan Canno shares his frustrations about the related controversy.

Yesterday amfAR had their much-anticipated board meeting and, like many people who care deeply about amfAR’s cure research, I was eager to learn what transpired.

I sent a note last night to Jonathan Canno, the last remaining founding member of amfAR’s board, asking what happened. He replied by email with the message pasted below, along with links to several of the articles that were published yesterday and today, including in Women’s Wear Daily, Showbiz 411, USA Today and NBC.com.

He volunteered that I could share his letter if I did so in its entirety. I’ve pasted it below; italicized notes in parenthesis are clarifications I added.

This has been a painful and destructive episode and the task for all of us who want to expedite cure research is to try and help amfAR move forward. I hope the board in its new configuration will make a serious commitment to greater diversity on its board and to the MIPA/GIPA principles that call for greater and more meaningful involvement of people living with HIV (PLHIV).

In my opinion, amfAR’s board should be at least 1/3 people living with HIV. Had there been more PLHIV representation on the board—particularly representation from PLHIV networks, whose leadership is directly accountable to other PLHIV—I don’t think this ugliness would have ever happened.

While I understand the frustration Jonathan expresses concerning the two-and-a-half years it took for the NYS Attorney General’s office to take decisive action, I think it is clear that had they not, we would not have seen the changes the board voted to support yesterday.

When Shawn Decker, Peter Staley and I organized a community letter last fall calling for Cole to resign—subsequently signed by more than 100 PLHIV and HIV community leaders—and we sent it to the NYS AG’s office, they responded to us quickly. Peter and I met with them for 90 minutes last fall and left with the impression that they were genuinely interested in hearing from the community amfAR purports to serve.

The “Group of 4” dissident board members—Merv Silverman, Vin Roberti and Arlen Andelson, in addition to Jonathan Canno—deserve a lot of credit for the guts it took to push forward to expose what happened and demand accountability. It was unpleasant for them, but I believe their motivation was to protect the organization and not risk impairing its mission.

But change would not have come had it not been for the HIV community speaking up, media coverage, especially Ben Ryan’s exhaustive piece in POZ, and the NYS Attorney General Eric Schneiderman’s staff at the Charities Bureau.

Thank you for asking and this will, I hope, answer your questions.

The (media coverage of the board meeting yesterday) is misleading in that it makes it appear that Kenneth Cole stepped down of his own volition.

The Attorney General wrote a letter requiring some new Governance changes, one of them was Kenneth Cole had to leave one way or the other at the Board Meeting of February 7th, i.e. yesterday.

I can tell you root canal would have been more pleasant than that meeting.

The Attorney General also mandated term limits when a third (or more) consecutive three-year term was up. In some cases this was good and got rid of some Cole sycophants like Don Carpaccio and two others, but also “rotated out” two absolutely irreplaceable Board Members, Dr. Merv Silverman, whom I am sure you know, and Vin Roberti, Head of Fund Development, the Committee Chair I held for ten years before him.

He (Roberti) did a spectacular job and the Attorney General never would have known or done anything about Kenneth’s misdeeds and cost to the Foundation had it not been for Vin, who led the charge.

That left eight people on the Board and most of them are antagonistic to Arlen Andelson and myself. On his last gasp as Chairman, Kenneth was able to get a vote for four Board Members, two of them retreads from the past who never attended meetings and one of those is now 92 years old (and didn’t attend Board Meetings when he was 82!)

Aileen Getty is another new Board Member and the only one I would heartily support, but she had made it clear in the past that she did not want to attend meetings. But she does give us money and has every other qualification in the world to be on the Board. And she is lovely! Met her many years ago through Elizabeth (Taylor).

So the news is mixed. Kenneth is gone, a few others around him too.

I did not attend the New York Gala last night in protest and I have never not taken a leadership position and certainly bought a table and raised money at a NY Gala.

This year, the staff, as always, did a great job of getting new sponsors and filling the room, mostly with non-paying people, which is in the Kenneth Cole tradition of not paying for his tables. But you can’t have an empty room and this year with the scandal and the room and new sponsors committed there was no other choice. That was never done before.

So the Victory is bittersweet, as I am not so sure what we have left. The staff is still loyal to wonderful Kevin Frost who should have been brought on Board, even without a Board vote, but that motion which I and others argued for was narrowly defeated.

Based on new term limits and dates of term commencement, the only Founding Member of the Board, me, will be gone next February. Arlen Andelson, a brilliant lawyer and devoted amfAR Board Member, whose late brother Sheldon, whom I knew well and was also an amfAR Founder, will be gone one year later.

Whether or not I will stay around, which several have asked me to please do, will depend upon who is elected Chair. I certainly want no Chairmanship of any department for myself. (And would not accept one if asked.)

My devotion to curing AIDS before I leave the Board will have to come within 12 months, with the new Attorney General-mandated requirements.  Possible, but my presence or lack thereof at this point will probably not affect outcome. The grants that would cause that to happen are already in place.

I really don’t see a lessening of unpleasantness within the Board.

Should Cindy Rachofsky be elected Chair (her event in Dallas, 19th Annual Art Event at her home in Dallas with proceeds split between amfAR and Dallas Modern Art Museum, raised about $8,000,000 this year, and she is really smart and charming and unaligned with either side) I will probably stay for the year. If not, probably not.

My devotion to Kevin Frost, who really runs the Foundation, is unchanged and he will be there to guide it. I am on three other Boards and must admit that after 32 years with amfAR, the Founding and nurturing of which had been one of the great accomplishments of my life, I have had enough of this internal bickering.

The Attorney General of NY took so long to act (the day before the meeting and two and a half years after we called it to their attention) and acted so piss-poorly in their recommendations-that irreparable damage has been done to the amfAR brand and ability to pull it back to it’s former purity of purpose and reputation.

I am proud that our Group of Four (the “dissidents”) was effective (and not one dime of cost to amfAR—unlike the $500,000 plus of legal fees mostly to Gibson Dunn and others to defend Kenneth’s position) and successful in its work, but had the AG acted expeditiously, we would have proceeded seamlessly instead of being where we are now. 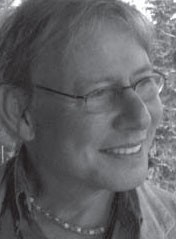 Jonathan Canno joined the board of an amfAR predecessor, the AIDS Medical Foundation (AMF), in 1983 and served as its vice chairman. Became a founding director of amfAR in 1985, following unification of the New York City-based AMF and the Los Angeles-based National AIDS Research Foundation. Has served on the fund development committee since its creation, and until 1995 was its chairman or co-chairman. Also served on the executive committee.

Mr. Canno was instrumental in the 1987 naming of amfAR as beneficiary of Art Against AIDS, a nationwide effort by hundreds of artists and galleries to raise AIDS awareness and to support AIDS research. To date, the extraordinary partnership between amfAR and the art community has raised nearly $18 million for AIDS research. He also established the Jonathan S. Canno Research Fund in 1998, which supports innovative AIDS vaccine research with funds donated by family and friends.

Until 1999, Mr. Canno was chairman of the board and chief executive officer of the Equitable Bag Company, Inc., the largest retail and flexible packaging company in the United States. He is a long-time board member of Lenox Hill Hospital, Northwell Health (the former North Shore/LIJ), and the Hamptons International Film Festival.

He resides with his spouse, Pierce Canno Roberts, in New York City; East Hampton, NY; and the Berkshires, MA.