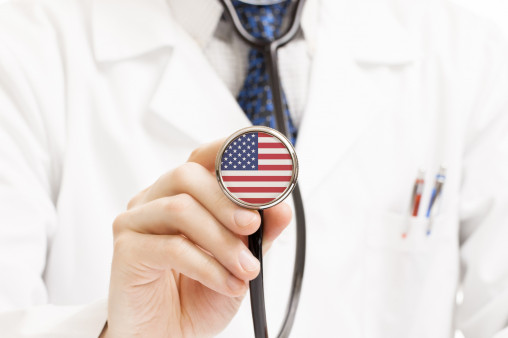 Amid Attacks on the Affordable Care Act, Don’t Forget to Enroll

Before the ACA, 24% of people with HIV had no health insurance. Today it’s about half that. Open enrollment ends Dec. 15.

With attacks on the Affordable Care Act and its day before the Supreme Court on November 10, it is more important than ever that those of us living with HIV get covered.

Last week marked the beginning of the open enrollment period for the Affordable Care Act (ACA, or Obamacare), and it runs until December 15. If you don’t have insurance through your job, Medicare, Medicaid or another avenue, then it is all the more important to sign-up for health coverage now.

Before the Affordable Care Act, 24% of people living with HIV had no insurance. Today it’s about half that.

The law prohibits discrimination against LGBTQ people, who faced discrimination on the basis of sexual orientation and gender identity before its implementation. Furthermore, insurers cannot increase their costs for preexisting conditions like HIV.

“Justice Barrett’s ascent to the court is a frightening blow to HIV-related care in the United States. Her ultra-conservative jurisprudence provides the court the needed vote to dismantle the Affordable Care Act,” said Jesse Milan Jr., AIDS United president and CEO, in a statement. “It is very likely that Barrett will provide the crucial vote to strike down the ACA, leaving hundreds of thousands without health insurance coverage in the middle of a pandemic.”

If the courts do ultimately decide that the ACA is unconstitutional, it will have far-reaching, devastating consequences. An Economic Policy Institute analysis estimates nearly 30 million individuals could lose their health insurance if the law is repealed.

Repealing the Affordable Care Act would also have significant consequences for the health of people living with HIV, particularly in the South where HIV continues to deeply impact the marginalized communities.

We urge the Court to uphold our right to access competent, compassionate and affordable care — but we know that it will also take all of us to raise our voices and ensure our communities know what resources they have.

We cannot go back to the days when people living with HIV were unable to get care because of preexisting conditions. The Affordable Care Act was a huge step forward, and its repeal would make the Trump administration’s goal of reducing new HIV transmissions by 90% within 10 years an impossibility.

That’s why it is so vital to make sure everyone gets covered. Even if you are currently insured, reach out to friends and family to make sure they know their options.

No one should be left without coverage. The Affordable Care Act has been a vital asset in our work to end the HIV epidemic in the United States.

AIDS United will continue to fight so everyone has access to competent and affordable care.