Are Millions Becoming HIV Positive Because Of ACT UP Paris? 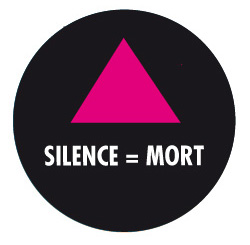 An amazing article by two of the world’s leading AIDS activists, Nathan Geffen and Gregg Gonsalves, appears in the autumn issue of the Journal of the Southern African HIV Clinicians Society: In defence of rational AIDS activism: How the irrationality of Act Up-Paris and others is risking the health of people with HIV or at risk of HIV infection (find a PDF copy here). AIDS activists rarely attack each other publicly, and I this might be the first time activists have done so in a medical journal.

This article describes the irrational actions of Act Up-Paris and some other organisations in recent years. We have written this because their activities are threatening the development of new treatment and prevention technologies for people with HIV. They are also undermining scientific research programmes in developing countries.

The groups we discuss here couch their anti-science agenda in progressive rhetoric. They therefore persuade some well-intentioned people and organisations unfamiliar with HIV science to support their causes. But there is nothing progressive about hindering life-saving medical research. Act Up-Paris and the other organisations discussed here are endangering the lives of people with HIV; they have to be exposed.

The most damning accusation Geffen and Gonsalves make involves the actions of ACT UP Paris that led to shutting down early clinical trials looking at the feasibility of pre-exposure prophylaxis (PrEP). PrEP is an experimental strategy in which HIV-uninfected people take one or more antiretroviral medications once-daily to protect themselves against HIV infection. The trials ACT UP Paris stopped were looking at once-daily tenofovir (Viread) as a possible means of preventing HIV infections.

Why did ACT UP Paris attack these trials? Science writer Jon Cohen has written about what he terms pharmanoia, the irrational fear and/or hatred of pharmaceutical companies and their products. ACT UP Paris has become consumed by pharmanoia, and see Tuskegee when they look at any HIV drug trial in a third world country.

Other PrEP trials eventually got started, but the delays probably cost us two years in finding out if the concept works. In those two years, five million people were infected with HIV worldwide. If it turns out PrEP works -- that we actually already have a drug or drugs that can prevent HIV infections -- then ACT UP Paris can rightly be accused of actions that ultimately resulted in millions of preventable infections.

History remembers how ACT UP New York played a significant role in pushing for the major advances in AIDS research that have saved the lives of millions living with HIV/AIDS. How tragic it is that other AIDS activists are using the same great name with such potentially deadly consequence.