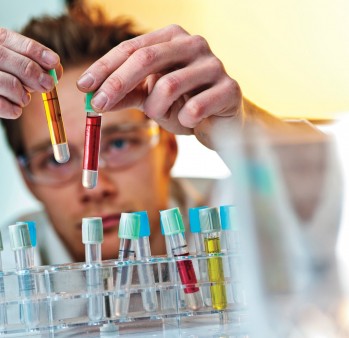 Are People With Low CD4s Getting Left Behind in Cure Research?

I had mixed feelings about the announcement a few days ago about two new clinical trials being launched by Sangamo Biosciences, which is in hot pursuit of a functional cure for HIV.

On the plus side it pleases me tremendously that Sangamo is moving swiftly with their technology--where CD4s or stem cells can be modified to resist HIV infection though the use of zinc fingers. Their pace compared to other similar biotechs has been pretty fast. So far, there have been no hiccups or signs of a problem. There have, however, been some intriguing findings.

In one trial of heavily treatment-experienced individuals, some of the study participants had stunning and sustained increases in their CD4 counts. In a second study, one of the participants by chance carried a natural mutation in his CD4s that made the cells partially resistant to infection. This is because the participants’ CD4 cells have fewer functional CCR5 co-receptors on their surface, a coreceptor HIV needs to infect the cells. It looks like this study participant might have started controlling his virus almost completely during an interruption in his antiretroviral (ARV) therapy following the zinc finger treatment. If a person could go months or years without the need for ARVs this would, in essence, be a type of functional cure.

The two new trials announced by Sangamo represent a logical next step. The company is going to test their therapy in an entire group of people who have the same mutation as the patient mentioned above and then let them stay off of ARV therapy as long as their virus stays under control. A second similar study will be attempted in people without the mutation, but researchers will first give the participants a mildly immunosuppressive drug to make “space” for the new zinc-finger-modified CD4 cells.

While neither study would automatically (based on publicly available information) exclude people who’s CD4s never rose very high on ARV therapy--a group scientists refer to as immunologic non-responders--both studies are emphasizing that success will only be measured based on people’s viral load responses. In essence, if they can’t get at least some people to undetectable and keep them there, the trials could be seen as a failure and this very promising development plan could be brought to a standstill.

I understand the need to aim for quick and demonstrative success when you don’t have deep pockets and must constantly look for investments or partnership opportunities with bigger companies. That said, I would be happier if Sangamo would launch a third trial with the primary goal being to significantly elevate CD4 responses in immunologic non-responders and to look in more intensive ways at how functional those new CD4s are in protecting those individuals from health problems and opportunistic infections. Right now there are few promising treatments under study to boost CD4s in immunologic non-responders and I’d hate to see one of them demolished under the weight of lofty ambitions.

About four years ago at the International AIDS Conference in Mexico City, Tony Fauci gave a much-lauded talk about the possibility of a cure and his belief in it. In that talk, he highlighted that a functional cure or one that actually removed every last trace of HIV from the body (a sterilizing cure), would be most likely in people we caught within days or weeks after infection. I turned to a top AIDS researcher at the conference and asked whether this meant that people who’d lived with HIV for a really long time, particularly immunologic non-responders, would get left in the dust in the search for a cure. He winced, then said, “I hope not.”