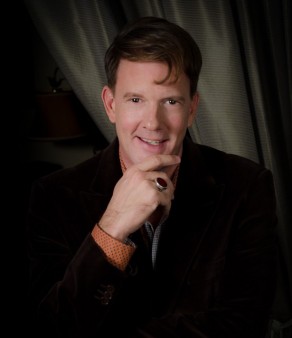 How I learned the importance of being out about my status.

It takes me a while—usually years—to work up to being proud about anything, except my home. (I’ve always been house proud, but that’s a different story.) Growing up in the most prideful state in the union—Texas—I’ve always been kind of ashamed of pride. The in-your-face bravado of Texas pride always rubbed me as boastful, grandiose, and superior, a perfect example of why pride is one of the seven deadly sins.

Even though I came out early for my Generation X era (during my freshman year at a liberal arts university), I was dense when it came to the importance of being gay and proud. Sure, I was proud that I frequently exhibited some of the stereotypes slapped on gay men: style, wit, bitchiness, and devotion to classic movies and musical comedy. I also felt lucky to be gay. Forget blonds. I truly felt that gays had more fun. (I still do.) But why did I need to be proud? Why did I need to brag about it like a Texan boasting that there is no greater state? Before I graduated college it finally sunk into my freshly-minted liberal arts brain, that pride is about not being ashamed. Got it. I entered the world proud to be gay.

Embracing my gays-have-more fun ethos, I became a drinker. I was extremely proud of my persona as the sophisticated gay wit whose right hand was permanently attached to a martini the way it is attached to an iPhone today. Then I crossed the line from tippler bon vivant to alcoholic. No pride in that. When I was first getting sober and I’d hear fellow reformed drunks claim they were grateful alcoholics—even proud alcoholics—I’d scratch that thick skull of mine dumbfounded. After several years sober I discovered for myself what they meant. I worked hard to get sober, damn it. Rather than be ashamed that I was a drunk and can no longer drink, I’m a proud alcoholic—a proud alcoholic in recovery. It’s part of who I am. See how that works?

Mixed in with the booze and the boys, I became HIV positive. I have been for 14 years. Outside of sexual partners, I’ve only been open about it for the last year, first to my family and friends and then to the world when I wrote about it in my book, Dangerous When Wet: A Memoir of Booze, Sex, and My Mother. Doing that liberated me from being ashamed of being HIV positive. Today I don’t care—or fear—who knows it.

But why be proud of being HIV positive? Why should I—or anyone else—be proud of having a virus? And why be out about it, if you don’t have to?

I didn’t know the answer until this past winter when a friend (more of a professional colleague) whom I’ve known peripherally for 20 years wanted to take me to lunch. We’d never done lunch in all those years.

As soon as his ass hit the seat of the cavernous, nearly empty restaurant, he blurted out, “I’ve joined the club.”

“You’ve written a book?” I was a new author. I assumed he was writing a book and wanted publishing advice.

He laughed. “If only!” Then he leaned across the table and whispered. “I’m HIV positive.” He sat back up and spoke in the rapid fire way that people do when the dam of revelation breaks. “It’s all really new. I just found out a month ago. I haven’t told my family and probably won’t. But you’re like one of the only people I know well who’s out about it, and I just wanted to talk. I mean, I know it’s not a big deal these days, but…”

Really? I thought. I’m the only one he knows who’s out about it. I was floored by that. And then I thought, Yeah, but I only came out a year ago. I told him my story, my health regime, and my thoughts on disclosure both to sexual partners and family and friends, explaining that I was in the closet until I wrote my memoir.

We agreed to meet later at an HIV positive social group. I don’t know if I left that lunch feeling proud to be HIV positive, but I understood why it’s important to be out about it.

Like being gay and an alcoholic, HIV can still be steeped in shame. The best way to shed shame is to own who you are and be proud. After you do that, it’s not about you anymore. It’s about being able to help the next person, either directly or merely through example. I’m proud to be gay. I’m proud to be an alcoholic in recovery. After seroconverting 14 years ago, I’m finally proud to be HIV positive.

There. I said it.

Beyond the own it part, here’s why I’m HIV Proud:

Make this month not only Gay Pride month, but Positive Pride month as well.

Jamie Brickhouse is the author of Dangerous When Wet: A Memoir of Booze, Sex, and My Mother, just released in paperback. Follow him on Twitter @jamiebrickhouse and visit www.jamiebrickhouse.com for more info.

I Chose to Live and Love